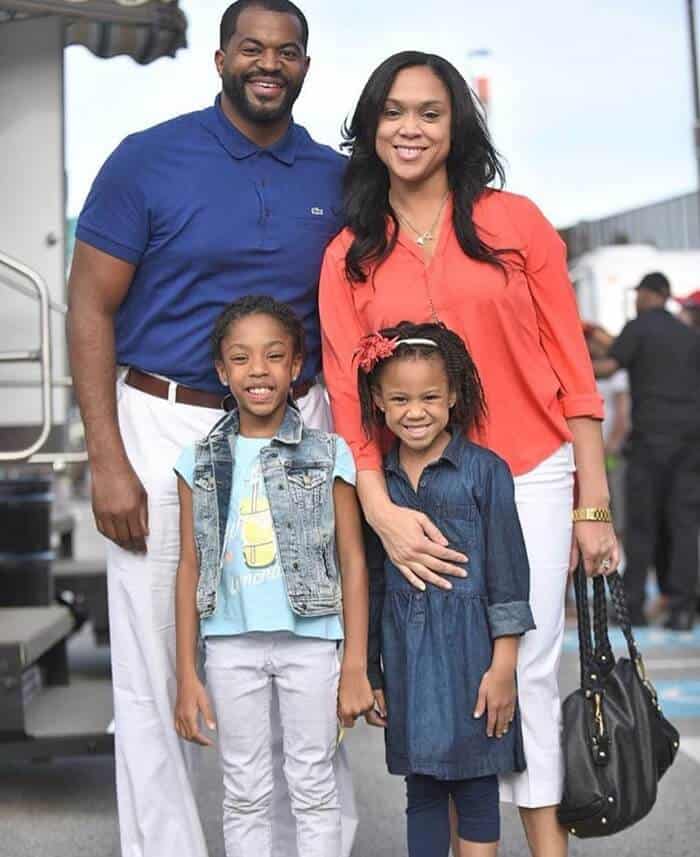 In 2015, Baltimore set a precedent amidst the barrage of police killings of unarmed black men around the country. Amidst initial peaceful protesting and rioting, something happened that hadn’t happened with the then recent cases of Michael Brown in Ferguson, Missouri, or Eric Garner in Staten Island in New York. Baltimore State’s Attorney Marilyn Mosby stood in front of City Hall and announced the indictment of six police officersrelating to Freddie Gray’s ride in a police van where he suffered a severed spine, fractured vertebrae and crushed vocal box and died from the injuries.

Marilyn became alternately the unlikely hero and villain that came out of the ashes of the spotlight on Baltimore after the medical examiner ruled Gray’s death a homicide and the grand jury chose to indict the officers. Her husband, Nick Mosby, a city councilman at the time representing the district where Gray lived and died was also thrust into the spotlight when he gathered men and pastors to walk the streets in the midst of the uprising. A news interview where he spoke about “decades of failed policies and development for communities” looking at the symptoms that led to the uprising went viral and led him to become the go-to spokesperson for the community around the nation.

Nick and Marilyn’s careers, relationship, and family were put under the microscope in the aftermath of Gray’s death. Detractors protested on their lawn. Marilyn received death threats calling her a “racist criminal” and calling for her to be “hung” for prosecuting the six police officers. After the trial ended in three acquittals, a hung jury and a dismissal of the remaining cases, five of the six officers attempted to sue the State’s Attorney for defamation–something that’s unheard of because of prosecutorial immunity. Nick was criticized for running in an unsuccessful bid for mayor in the midst of the turmoil. Marilyn’s career was largely defined by the Gray case. The couple were blamed for everything from a rising murder rateto low morale in the police department. Some predicted that all of the pressure would rattle them. But most didn’t realize that these graduates of Tuskegee Universityhad been doing this kind of work all along.

In her last year in law school at Boston College, Nick and Marilyn got engaged. They had met at Tuskegee University. At Tuskegee Nick was studying aerospace engineering and was a popular student, having earned the title of Mr. Freshman and Mr. Sophomore. Marilyn, who came to Tuskegee on a presidential scholarship as a freshman, didn’t know anything about him. But when she did meet him, her first impression of his friends was that they were obnoxious and country. When they asked her where she was from and then asked if she knew the one person they knew from Boston, she was ready to write them off.

“I’m thinking all these country guys think we know everyone in Boston,” Marilyn laughs.

But the second time she met Nick in the student union they struck up a conversation that lasted for hours about life and politics and their CD collections and love for hip hop. “It felt like home because that’s what we did at home. I’m thinking ‘oh man, I like this dude.'”

Nick talked about how he wanted to go back to Baltimore and be a public servant for his community. She looked at him in his Timberland boots and shorts and thought he was cute and suddenly realized that she had her first crush. Word on her crush eventually got back to Nick. The next time she saw him was in the cafeteria where he turned his chair directly towards and stared at her for a good ten minutes. “He was being cocky at this point because a guy told him I liked him,” Marilyn laughs, mimicking him staring at her seductively.

“My first impression of Marilyn was that she was really beautiful,” Nick remembers. “When I was staring at her she acted like she didn’t see me, like really uncomfortable and then she got up and left.”

They both agreed they would live in Baltimore after law school. When Nick showed Marilyn the house he wanted to live in she almost lost it. The house located in West Baltimore was a dilapidated shell that had been abandoned for 20 years and had a tree growing through the roof. The house next to it was vacant. Two doors down the house had been firebombed. All the houses across the street were vacant. Next door was an apartment building nicknamed “Murder Mall.”

“Marilyn thought I was crazy. My mother was the same way,” says Nick. “When we first moved in, even I was like, ‘What did I do?!'”

“He brought me to the heart of West Baltimore and I looked at the open air drug market and the numbers of vacant houses. He points to a 20-year-old dilapidated shell and says this is where I want us to live. I said, ‘You’re buggin!'” Marilyn laughs now remembering. “He says, ‘No, Marilyn, everything we want to do we can do it right here.'”

“I trust you,” she finally told him. Fourteen years later there’s no longer an open-air drug market and all of the vacant houses on their block have been rehabbed. Madison Park North apartment complex dubbed as Murder Mall was taken down this year.

“I graduated from a top 25 law school. Nick was an engineer at the time. We could have moved anywhere in the country. He was given a job offer in Houston, but we felt compelled to invest and be an example for our community,” Marilyn said.

For Marilyn it was a tragedy at age 14 that catapulted her towards her calling. She and her cousin, Diron Spence, were so close they were like brother and sister. Marilyn was part of one of the longest running desegregation programs in the county where she traveled out of Dorchester, waking up at 5am and catching the bus at 6 o’clock, trucking it even in Boston’s massive snowstorms to Dover-Sherbon school in the wealthy Dover neighborhood from the time she was 7 years old through high school. She and Diron talked about their futures often. No one in their families had graduated from college so they both aspired to be first generation college students. He wanted to go to Morehouse and sheat the time wanted to go to Spelman. Marilyn knew she wanted to work in the criminal justice system, but was unsure whether she wanted to be a prosecutor or a defense attorney. Diron, three years older than her was already an honors student and a talented artist who had plans on becoming an architect.

One day she heard shots ringing out right outside of her front door while someone was incessantly ringing her doorbell. When she opened the door she saw someone running past and a friend that had been ringing the doorbell told her that someone had shot Diron who was laying on the sidewalk. Her cousin had been mistaken for a drug dealer.

“If it wasn’t for the testimony of my neighbor who cooperated with police and testified in court we wouldn’t have received any justice,” Marilyn remembers. “We had this tight-knit community and they were not going to violate the Thompson family.”

Marilyn got an unwanted lesson on the inequities in the criminal justice system when she had to go to court and saw scores of black men coming in and out of the courthouse in chains and shackles. Both her cousin and the kid that shot him were 17. She thought then that she would make it to college so she could reform the criminal justice system. “I realized we have to ensure we get to these young men before they continue to take these black boys lives.”

Meanwhile, in the late 80s, Baltimore kids were known to make a way out of no way. In Northeast Baltimore Nick Mosby and his friends would cut the bottom out of a milk crate and post it onto a lamppost to create a basketball court in the alleyway. Baltimore Gas and Electric workers would come and take it down and they would just fashion a new one. On some days they’d create a baseball diamond from the cracks in the alley and play stick ball. Other days they played detective or turned the alleyway into a speedway to ride their bikes. All was good until his mother, Eunice Orange, called him at the top of her lungs from the porch to come inside before it got dark.

Ms. Eunice was no nonsense and she loved sports, especially football and even worked with Nick in learning how to throw a football. Eunice was involved in the community, church and local politics, including BUILD (Baltimoreans United in Leadership Development) and her enthusiasm for politics rubbed off on her son. When Kurt Schmoke won as the first black mayor of Baltimore, everyone in his family and their circle was excited which got Nick excited. He knew then he wanted to be a public servant. Nick would come to have several serendipitous meetings with Schmoke throughout his youth–more proof that politics and service was his right path.

As a woman of color Marilyn represents one percent of all elected prosecutors in the county.

Nick as the head of the Ways and Means committee is in Annapolis daily focused on issues like lead paint, a curiously prevailing problem in the city, and getting away from pockets of poverty in the city with real estate inclusionary bills. He was the author of ban the box where employers are no longer able to ask questions or do background checks during the interviewing process. They can only obtain information once an official offer has been rendered.

The fallout from the Gray case for Nick was that his family lost anonymity. “I had to worry about the safety of my wife and my girls,” he said.

But they both say Baltimore has gained much since the uprisings that put them both in the national spotlight. Most recently after the conviction of 8 police officers for racketeering, Mosby reviewed 790 criminal cases handled by 25 city police officers and has begun to ask judges to throw out the convictions. “I feel like Baltimore has a really unique opportunity to be a model for the rest of the country,” Marilyn says.