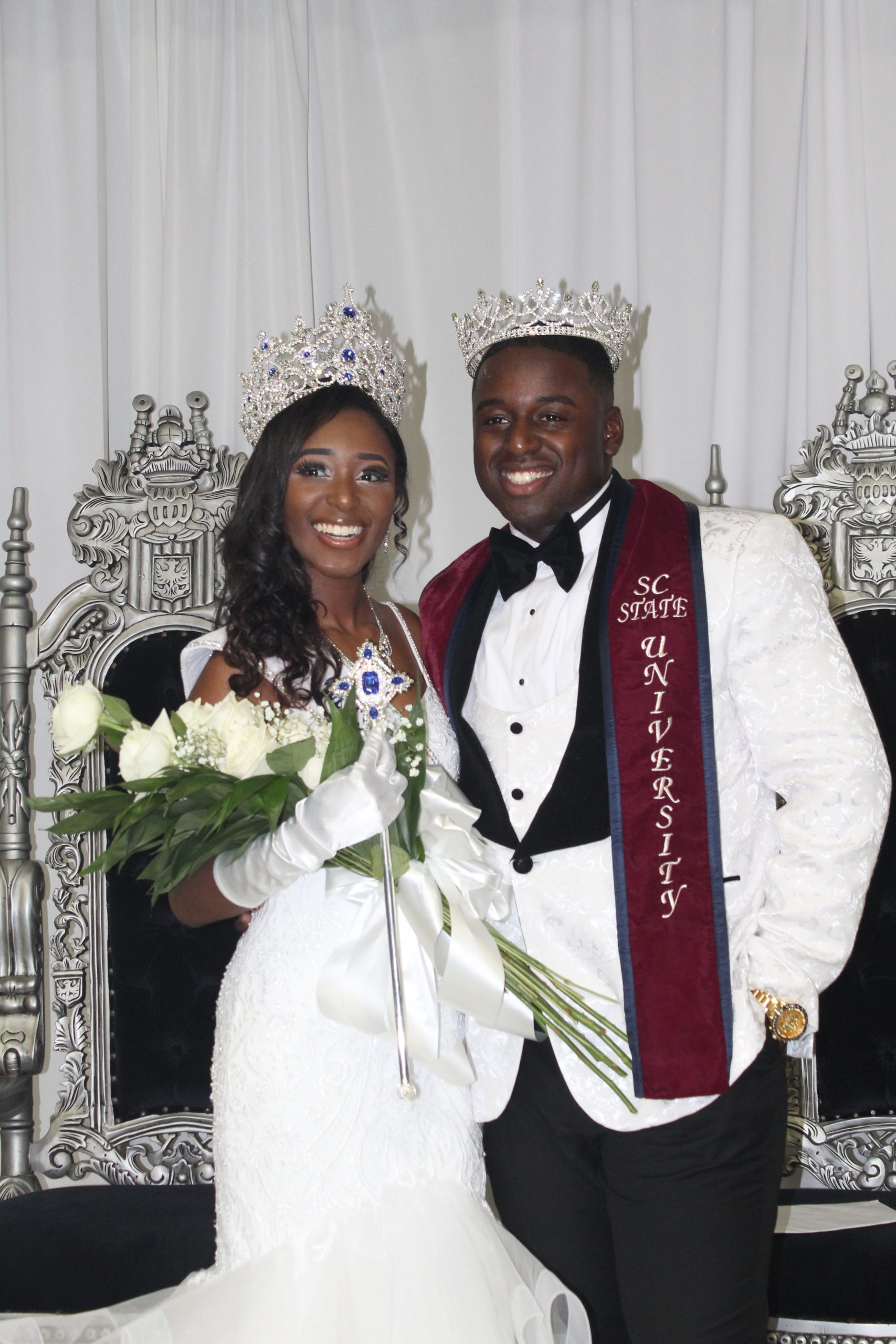 Along with their royal court, Teonna Breland and Damien Smith were installed as the new queen and king for the 2018-2019 academic school year, at Smith-Hammond-Middleton Center on Thursday.

For Breland, it was an emotional night. Her entrance and crowning were marked with tears amidst smiles and applause.

“This is something that I’ve been waiting for since my freshman year,” Breland said.

The journey, she said, was challenging at times but the coronation day was exciting, all thanks to God.

“This moment was definitely planned all by him,” the new queen said. “He gave me all the guidance, the platform, everything and so I know that he’s going to use me through this.”

Teonna Breland, a fashion merchandising major, said her platform was one of empowerment.

Staying true to this, she is currently planning an expo she called “POW.” The acronym stands for “Power of the Woman” and she said the event will aim to inspire “other women to collaborate and come together.”

Although the Breakfast-at-Tiffany’s–themed event was heavily focused on the new queen, Mr. SCSU was also lauded during his coronation.

The journey to that night for Smith, he said, was new territory for him.

“It was kind of challenging. I’ve never had to step outside my comfort zone that much as far as talking to a lot of people, but I enjoyed it,” Smith said.

It was worthwhile to see the support from his friends and family during his entrance and coronation, he said. “To feel that moment, it was very heartwarming. I almost cried but I held it in.”

The mechanical engineering technology major and ROTC cadet wants to focus on helping people through organizing drives to collect supplies for those in need.

His last endeavor, a drive to help those affected by the hurricane in Nichols, SC, was successful. Smith said he hopes to include organizations and campus leaders in his next mission.

“My next project that I’m looking at doing is a drive for the homeless,” he said. The drive will include gloves, hats and jackets for the winter.

Smith is also a member of the Omega Psi Phi fraternity.

The former queens commended the new king and queen for their characters. Pitts and Davis called the pair elegant, classy and graceful.

Jackson said, “Their speeches tend to indicate a loyalty and commitment to the school. I think the maturity is there and I think they’ll represent the school well.”

“I hope that [Breland] is able to represent the school in a very positive manner,” Davis said, “because she becomes a role model, not only for her peers but for lots of children in the community who really look up to her.”

Junior education major, Marcus Williams, said he was excited to see their accomplishments for the rest of the school year.

“I could tell Damien is very hardworking. He always makes sure he speaks to everybody when you see him. He’s a pretty easy guy to be around,” Williams said.

Tean Becoate, a senior business management major, said the pair were good people with bright personalities and hoped they would build on the university’s reputation.

The newly crowned king and queen intend to work together to achieve their goals – Teonna Breland hoping to carry on the grace, poise and strength of the women that have gone before her, and Smith eager to help people in the community.