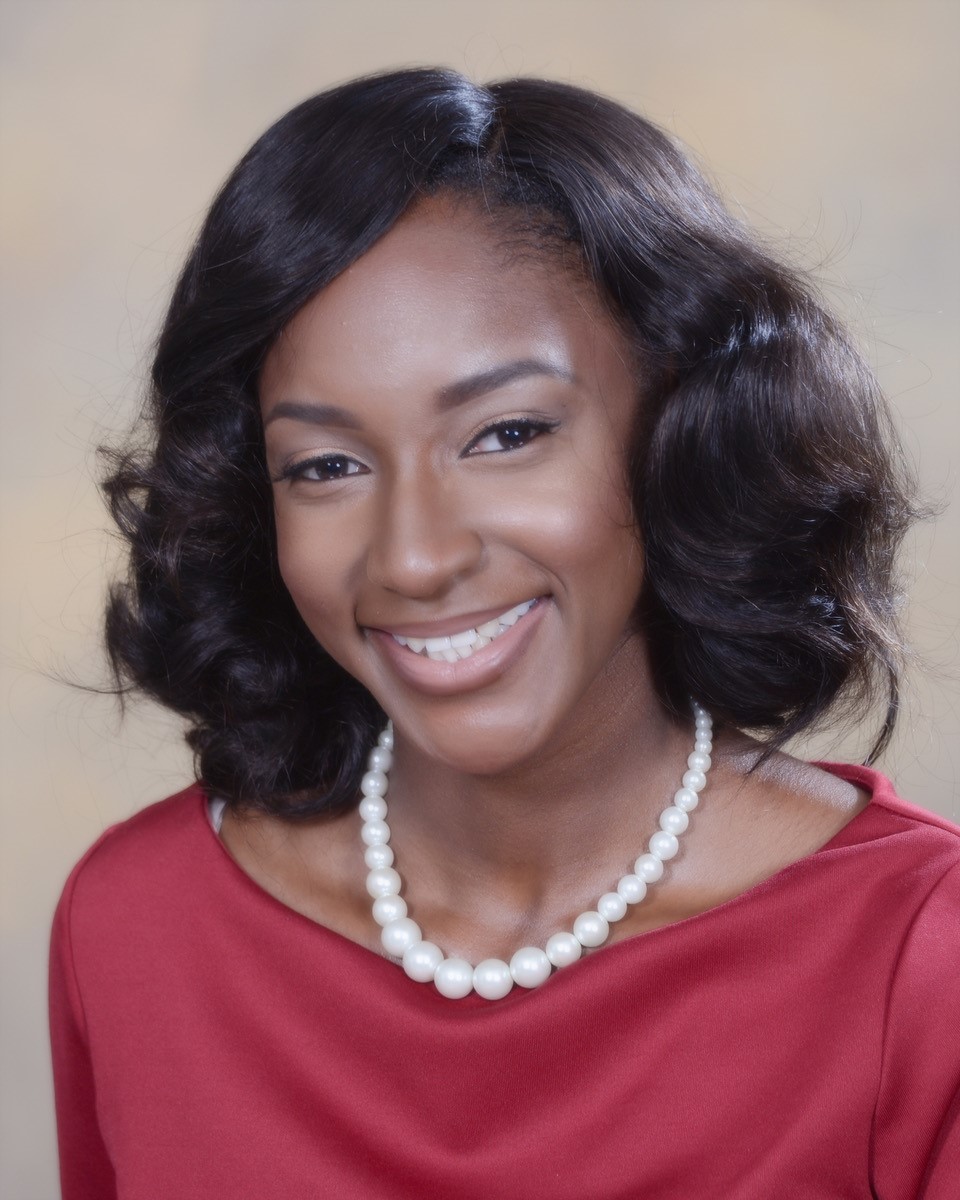 Shantavia O. Edmonds is a junior attending Claflin University in Orangeburg, South Carolina.  She is Biochemistry major and a member of the Alice Carson Tisdale Honors College and currently serves as Miss Claflin University 2018-2019. As a student at Claflin University, Shantavia has lived by the Claflin motto, “The World Needs Visionaries,” by being an active leader on and off campus. She is a member of the honors council and Claflin’s Young Democrats of America as secretary.  Moreover, she served as sophomore class chaplain 2017-2018, and Miss University Honors 2017-2018.  As an active member in the community, she was as a tutor for Jerusalem Baptist Church and was Miss Garden City Teen 2015-2016.

Shantavia is from Rowesville, South Carolina and the daughter of James and Joyce Edmonds.  She has three older siblings, Devaughn, Jasmine, and Dorshae.

Shantavia believes in a quote stated by Mrs. Lecia Rivers, “You cannot lead the people if you do not love them, and you cannot save them if you do not serve them.” As Miss Claflin University 2018-2019, she was elected on the platform to save lives in the Orangeburg community, South Carolina, and globally. Her platform, EIGHT Organ Donation is an acronym for Every Individual Gets Hope Through Organ Donation. Shantavia believes that her platform will allow her to touch thousands of people who need a hero (organ donor), educate her peers about the importance of giving the gift of life; as well as, give hope to others through her father’s story, who received a double lung transplant in 2014.

After graduating from Claflin University, she plans to attend pharmacy school to receive a Doctor of Pharmacy Degree and a Master’s in Business Administration. She believes the impossible is possible; therefore, she plans to continue to strive for excellence and exemplify the “Claflin Confidence.”