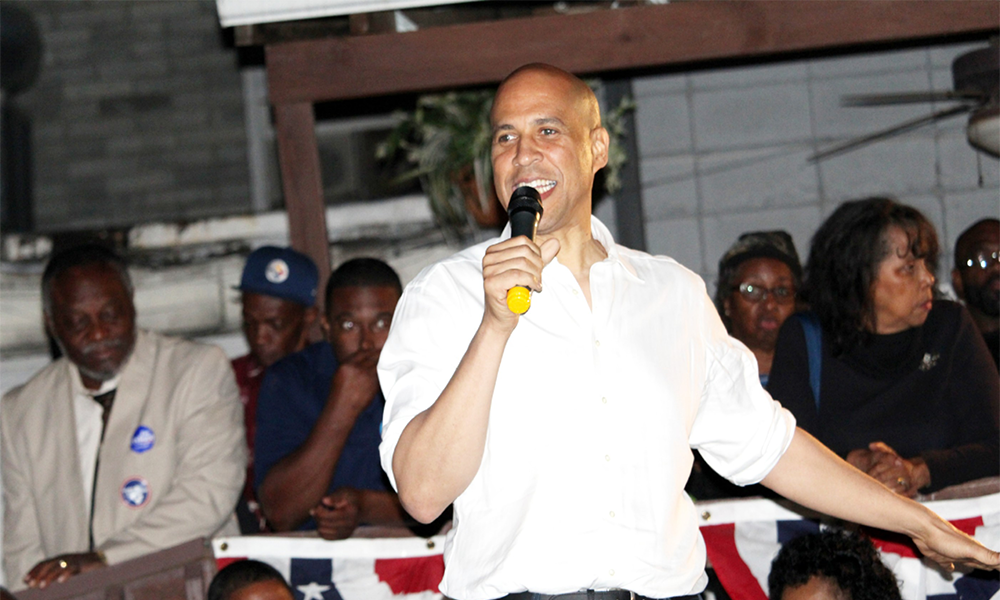 The 2018 midterm elections are fast-approaching and Sen. Cory Booker (D-New Jersey) has been working hard to encourage Democrats to vote.

At a forum in South Carolina State University on Oct. 18, Booker gave an impassioned speech that sought to empower his audience with hope and the determination to effect change by voting in the midterm elections.

“The most powerful way to make a difference is engaging in the political process,” Booker said. “Voting is the floor of patriotism.”

“It’s not enough to vote; you have to bring some people to the polls. Get folks woke to the urgency of this,” Booker said at the forum.

Social media is an important tool that can be used to engage politics, but Booker said it was not enough. People need to be present outside the virtual world to connect, something he said younger people do not do as often as they should.

“It is astonishing to me that the folk who have most at stake, often young folks, are the least likely to go out and vote,” he said.

Millennials have often been criticized for a seeming lack of engagement at the voting polls. Only 19.9% of 18 to 29-year-olds voted in the 2014 midterm elections, according to an analysis by The Center for Information and Research on Civic Learning and Engagement (CIRCLE).

The research center attributes the millennials’ low political engagement to a lack of trust in many political institutions and skepticism towards the fairness of the election process.

Nevertheless, Booker said he sees more college and high school students organizing and thinks the turnout from young people will be “higher than usual” at the midterm election in November.

A CIRCLE poll for youth engagement in the upcoming midterm elections shares the same sentiment. According to the poll, 34% of 18 to 24-year-olds are “extremely likely to vote.” The poll also stated that youth who have been strong supporters of the movement for gun control after multiple mass shooting earlier this year are “even more likely to vote.”

Similar to his speech at Iowa earlier in October, Booker’s message to the university forum and the Orangeburg County Democratic Party fundraiser later that evening was one of hope, love and patriotic duty.

He warned the audience not to give in to pessimism in the face of the tense political climate. “Cynicism absolves you of obligation to do something for this country despite the odds.”

Instead, the senator urged his audience to take responsibility and to be community-driven.

“Patriotism is love of country and you can’t love your country unless you love all your countrymen and women,” Booker said.

His speech highlighted the need for reform in the justice system, healthcare and wage gap.

“We live in a nation where people play by the rules, work hard, they get one illness, disease or injury and they have to declare bankruptcy because we still do not have universal healthcare,” he said.

He condemned the criminal justice system which he said favored the rich over the poor and innocent. “We now have systems in this country that disadvantage people in ways that are offensive to my soul and should be to yours.”

Booker was one of the Democratic senators who walked out in protest of a vote to advance now Supreme Court Justice Brett Kavanaugh’s nomination to the Senate for confirmation. The senator called the hearing a sham because the investigations that followed were not thorough.

Despite the outcome of the hearings, Booker said he still had hope, especially in the last two years. “Every time something really crazy happens, I see Americans who are making that decision to get up and fight for change.”

His charisma and friendliness at the Iowa and South Carolina events continue to fuel talks of a possible run for the presidency. In a CNN poll, the senator ranked fifth in a list of potential Democratic candidates for the 2020 presidential election. Although Booker has said that he would consider running for president, he has not confirmed a campaign for the 2020 presidential primaries.

For now, he said his main focus is getting people to vote in the midterm elections on Nov. 6. With the country so politically divided, he said he hoped people would be optimistic.

“The story of this nation is a story of people that kept believing,” Booker said. “So, we’ve got to believe; we’ve got to know; we have to see the history of the impossible things we’ve achieved.”