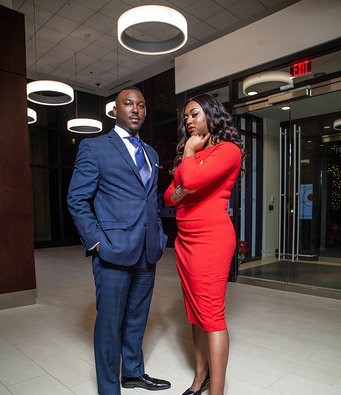 After the Civil War, additional institutions were founded to provide a formal education for ex-slaves and free blacks. Often times, HBCUs began as elementary and secondary schools, and later evolved into universities and colleges. According to the Higher Education Act of 1965, HBCUs are defined as “…any historically black college or university that was established prior to 1964, whose principal mission was, and is, the education of black Americans, and that is accredited by a nationally recognized accrediting agency or association determined by the Secretary of [Education].”

Today, there are approximately 100 HBCUs in existence, and they are diverse institutions, as seen in their student bodies, administrators, faculty, and staff members. They educate and invest in students academically, socially, culturally and politically, and engender a spirit of self-confidence and self-worth. HBCUs have a track record of educating those who may not receive a degree otherwise, and consistently contribute thousands of productive, professional citizens to society.

Often described as nurturing, uplifting and inspiring, these treasures have been a mainstay for almost two centuries and have empowered a people to move forward. Though their educational merit and value have been documented, it can escape many — including African Americans — that these institutions are interwoven into the American fabric. At times, HBCUs’ contributions are undersold.

This was made clearer to me when I chaperoned 40 middle and high school students on a HBCU tour many years ago. Although I’m a proud HBCU alumna and had the distinct honor to walk across the same campus that sociologist W.E.B. DuBois, poet Nikki Giovanni, Congressman John Lewis and others once graced, I learned more about these institutions and their iconic place in African-American and U.S. history on that trek than I ever could have imagined. Visiting Booker T. Washington’s house across from Tuskegee University’s campus and learning about Alabama A&M University’s storied heritage in being founded by an ex-slave gave me a sense of connectedness to the past, present and future.

While I can’t take you on a physical tour — though I’d highly encourage you to do at least one if ever given the opportunity — I can do my part to “rise, shine,” as the spiritual states (nod to the Fisk Jubilee Singers, who introduced this genre of music to the world), and share the story of these best-kept secrets. HBCUs have had a profound and multifaceted impact on the American educational, economic, political and cultural landscape.

Before MLK or Malcolm X, there was Booker T. Washington (Hampton alumnus and Tuskegee founder) and W.E.B. DuBois (Fisk alumnus). These men had differing ideologies about whether or not African Americans should seek an industrial/vocational education or a liberal arts education. Washington believed the former was the way to economic empowerment; whereas, DuBois advocated for the latter, arguing that the “Talented Tenth,” those who received degrees in the classics and history, would lift the race up. This “great debate” was immortalized in Dudley Randall’s poem, “Booker T. and W.E.B.” Their philosophies had an impact on the formation of liberal arts HBCUs and land grant HBCUs, which focused more on the agricultural, industrial and mechanical trades.

In their early days as well as in present-day, HBCUs continue contributing to the U.S. educated populace. Per the National Center for Education Statistics, here are some more facts on HBCUs:

Economic Impact — It’s All in the Numbers

HBCUs have been credited with the rise of the African-American middle class, and continue to help sustain it. In fact, the recent UNCF (United Negro College Fund) report, HBCUs Make America Strong: The Positive Economic Impact of Historically Black Colleges and Universities, states that these institutions “generate $14.8 billion in economic impact annually, 134,090 jobs for their local and regional economies, and the 50,000 plus HBCU graduates in 2014 can expect total earnings of $130 billion over their lifetimes.”

Political Impact — An Engine of Social Justice and Policymaking

Even in modern-day, HBCU students continue the legacy of protest — whether it is against societal ills and injustices or their own institutions. Additionally, HBCU advocacy organizations stay at the forefront of policies and legislation that can help these institutions continue thriving and positively influencing the lives of the students they serve. Some of these organizations and programs include the Title III Part B, Strengthening Historically Black Colleges and Universities Program, White House Initiative on Historically Black Colleges and Universities, National Association for Equal Opportunity in Higher Education (NAFEO), UNCF, and TMCF.

Cultural Impact – The HBCU Presence is Everywhere You Look

Beyonce’s spotlight on HBCUs during her 2018 Coachella Valley Music and Arts Festival performance has been widely praised and wonderful publicity for these storied institutions. Yet, this HBCU tribute wasn’t the first time these institutions have been featured on the big — or small — screen.

On TV One’s Unsung Hollywood: A Different World, Debbie Allen (Howard University alumna), producer and director of the television series, states that A Different World helped to increase enrollment at HBCUs during its run on NBC from 1987-1993. To date, the show has been one of the most accurate portrayals of modern-day HBCU life. Other films and programs set on or revolving around HBCU campuses include: School Daze (1988), Drumline (2002), Train Ride (2005), The Great Debaters (2007), Stomp the Yard (2007), From the Rough (2013), and The Quad (2017).

The HBCU presence has permeated many aspects of both the African-American and American story. HBCUs remain educationally, economically, politically and culturally relevant. There is nothing like the HBCU experience. It is truly one of a kind. Indeed, HBCUs have earned their fair share of bragging rights.

The unabridged version of this article was originally published May 19, 2018 on LinkedIn.

“By Culture and By Merit”
THURGOOD MARSHALL COLLEGE FUND RAISES MORE THAN $5.8M FOR HBCU STUDENT SCHOLARSHIPS AND PROGRAMMATIC SUPPORT