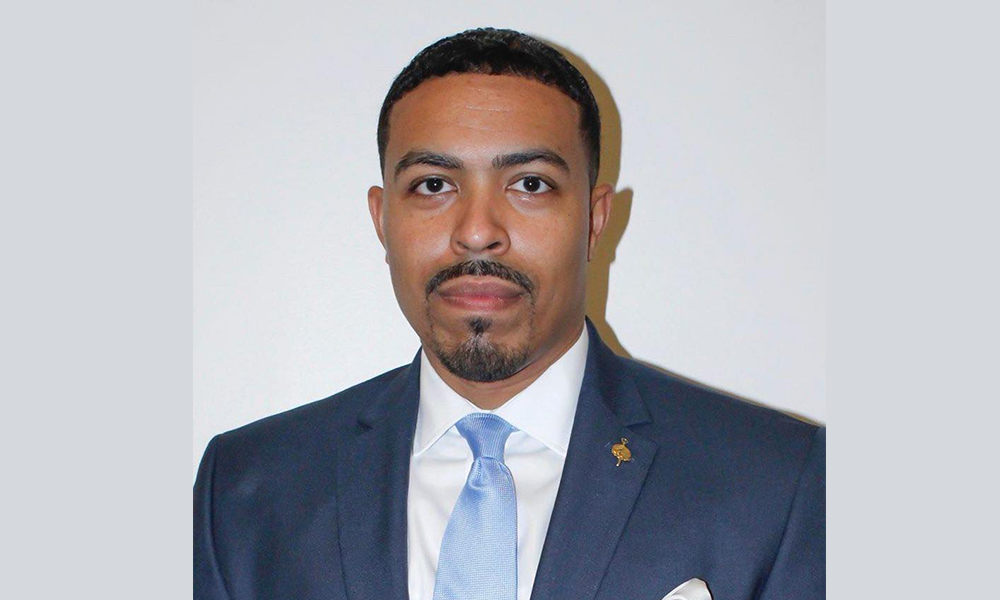 Gauracandra Nimai Garrett was born and raised in Brooklyn, New York. He is the eldest son of Lawrence and Nilsa Garrett. Garrett was formally educated at Allen University where he was a student/athlete participating on the Yellow Jacket Men’s Basketball team and received his Bachelor of Arts Degree with honors in Social Science. After completing his undergraduate studies, he chose to pursue the next chapter of his higher education at Webster University’s Columbia Metropolitan Campus where he received a Master of Business Administration degree.

Garrett is the Founder & Chief Executive Officer for The Father Factor of South Carolina, LLC, an organization geared towards empowering, supporting, and bridging the gap for fathers throughout the Palmetto state.

Garrett is the Director of Alumni Affairs and University Webmaster at Allen University. He is responsible for managing all aspects of alumni engagement, fundraising and development, marketing and website management, volunteer development and coordination, and special events development, and implementation for the division of Institutional Advancement.

Garrett kept his passion for basketball alive by becoming a co-owner of the Florence Wildcats/Lady Wildcats Semi-Pro Men’s & Women’s Basketball Teams (Florence, SC) where he serves as the Director of Community and Public Relations. Garrett is also a freelance web designer under Golden Moon Marketing Agency.

Garrett currently serves on the Board of Directors for: the newly proposed Fair Pointe Charter School in Loris, SC; The Talented Tenth of SC’s Board of Directors as the Director of Marketing; The South Carolina Alumni and Advancement Directors Board and is the former Chapter President for the Webster University Alumni Association (Columbia Metropolitan Campus). Garrett is also a volunteer member of the South Carolina Diaper Bank.

Garrett is a proud member of the international brotherhood, Phi Beta Sigma Fraternity, Incorporated, Pi Gamma Mu International Honor Society in Social Sciences, and NAACP. Garrett is an award recipient of the UNCF “Hall of Honor”, General Alumni Association of Allen University Presidential Award, and was named Best & Brightest 35 and under in the Business Monthly Columbia Magazine in 2017.

Garrett is married to Shanna R. Garrett, Founder and President of the South Carolina Diaper Bank. The two are proud parents of a son, Narayan (4), and daughter, Nadia (1).

Consider varying the beginning sentences. He is…, Additionally Garrett…, etc. could be used to break up the string of sentences that start with ‘Garrett’