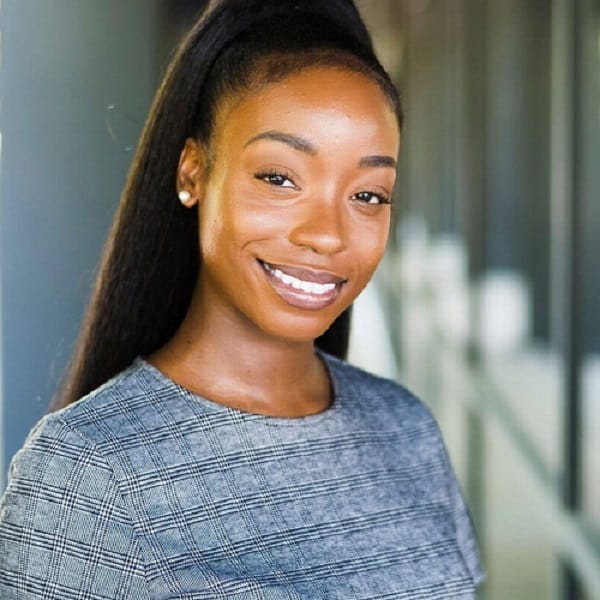 Porscha Lee Taylor is a former Miss District of Columbia United States who recently launched her own radio show called Tech Talk with Porscha Lee Taylor on the #ReneeAllenandFriends show and founder of @Say Yes LLC, a women-owned tech startup that aims to revolutionize the way technology is used to help professionals achieve the perfect work-life balance with innovative tech-based products – like her newly launched planner that can charge your phone on the go, SayYes Planners at www.sayyesplanners.com and Website Design and Digital Marketing agency for small business and entrepreneurs at www.sayyescareer.com.

Before being a beauty pageant queen and being apart of the 4% of women of color to shatter the stereotype of owning a women-owned business in the Technology field in the US today. She was an adolescent from Fayetteville, North Carolina that faced many adversities like being homeless, losing a brother to gun violence, and being a caregiver for her late grandmother who suffered from Dementia. Through these life changing situations, she became focused on evolving herself to become her best version in hopes to change her life and others.

During her sophomore year of high school in Lumberton, NC where she enjoyed cheerleading and JROTC she was accepted into Robeson Early College High School, the first STEM (Science, Technology, Engineering and Math) school program in North Carolina at Robeson Community College to offer underserved and underrepresented students paid-access to an Associate degree while in high school. While there she found her love for technology through coding and became the SGA President, Who’s Who Among High School students, Beta Club member, and advanced her college degree in Business Administration while accomplishing her personal goal of being ranked #1 in here high school academically during her senior year.

She went on to attend North Carolina A&T State University and graduated with a Bachelor’s Degree in Journalism & Mass Communications with a concentration in Public Relations. While there she became Miss 1911 of the Mu Psi Chapter of Omega Psi Phi, President of the largest student academic organization with over 140 student members of (NABJ) National Association of Black Journalists, member of PRSSA, NAACP and even obtained 6 internships before graduating.

After graduating college Porscha took a leap of faith and moved to Washington, DC with one suitcase, $300 and slept on her sister’s couch while searching for her next career move. 4 years later as a resident in our nation’s capital she has accomplished being an advocate for her late grandmother, by becoming the Alzheimer’s Ambassador to Congresswoman Eleanor Holmes Norton, Junior Board member of the NCA chapter of the Alzheimer’s Association, helped raised 3.1 million dollars for research in March 2016, told her story on Fox 5 DC, lobbied on Capitol Hill with Miss USA 2016, Olivia Jordan and was later crowned Miss District of Columbia United States 2016 and placed Top 10 at Miss United States. Since then she has traveled internationally to countries like Guatemala to help cope children suffering from poverty and limited access to proper education and also worked with top companies in the Tech industry like Adobe.

She is now taking initiatives to promote women and girls in technology and entrepreneurship. Her motto: “SayYes to your dreams, SayYes to YOU!”