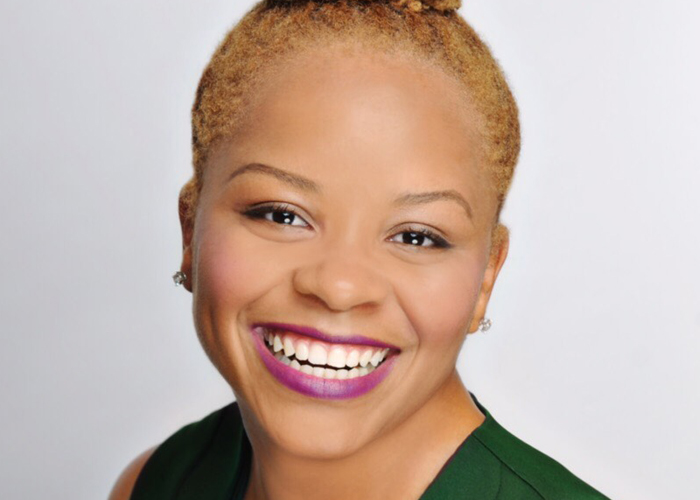 BY CRYSTAL A. DEGREGORY, PH.D. AND KAYLA C. ELLIOTT

The first day of new student orientation at the nation’s less than handful of historically-black medical schools is always a momentous one. Even without yet having earned the signature white coats associated with professionals in their fields, the enthusiasm from and for them seems palpable.

This fall was no different. The smiling faces of incoming students at Meharry Medical College’s School of Medicine and School of Dentistry, for example, shone bright with the promise of possibility in a photo the college posted on social media.

“I am sorry I must write you that we are not authorized to consider for admission a member of the Negro race.”

Hood, who had attended Atlanta’s black Clark College—now Clark Atlanta University—on a music scholarship, graduated in the spring of the same year with a bachelor’s degree in biology and minor in chemistry.

Segregation—either de facto or de jure—we know, was the rule, rather than the exception, in the American experience at the time.

Yet, in 2018, seeing a concrete example of segregation in higher education typed out so explicitly, in black and white, is still painfully jarring. This level of unabashed institutional racism not only serves as a reminder of the importance of HBCUs’ common educational access mission; it also reminds us anew of the false logic that some use to label HBCUs as segregationist, grouped along with traditionally-white institutions (TWIs), like Emory.

A closer look at history, however, reveals that these attempts are worse than merely painting the past with too broad a brushstroke; in fact, this is a case of the wrong brush, altogether.

For context, in November 1958, the year prior to Hood’s bid to enter the school, 250 Emory faculty members signed a statement of principle supporting the open schools movement. It was arguably mere tokenism, but even symbolic gestures were important wins in the fight against massive resistance to racial desegregation following the 1954 Brown decision.

In fact, despite the repeal of laws prohibiting integrated public education, the Georgia Legislature left untouched measures intended to preserve the racial exclusion of the state’s private institutions. Specifically, private colleges risked possible forfeiture of tax-exempt status if they admitted both black and white students.

Emory eventually brought the matter before the Georgia Supreme Court, which ruled in the school’s favor. The university’s tax-exempt status was upheld and the school to admitted its first black undergraduate in the fall of 1963.

Today, on a webpage under “Life at Emory,” the university touts its racial, national, and socioeconomic diversity. A separate page describing the demographics of first year medical students in 2017 details the number of women, men, nontraditional students, and undergraduate institutions represented in the incoming class, as well as the average age, average undergraduate GPA, and median MCAT score. The institution strikingly, but unsurprisingly, omits the racial composition of the class.

So, although racial diversity and inclusion are present in some measure at any TWI, their commitment to those ideals is often questionable, almost laughable even.

Black America has asked—no, demanded—that these institutions evidence a stronger commitment to racial diversity and inclusion; and, in many ways, we try to force them to do so. We required that they be better but what we got are institutions that often only look better. Perhaps this is, in part, because we have not and do not required them to do better at listening to and actually fulfilling our needs. But, even if their best efforts are flawless, TWIs’ institutional character cannot be forcibly made to reflect anti-racist culture, especially if their very history is racist.

On its face, many TWIs appear diverse and/or inclusive, but at heart, most still harbor white supremacist ideas—notions that, to be clear, almost always only tolerate black presence in white spaces, as long as it is on white terms. Whether enslaved, sharecropped, or Jim Crowed, blacks were still forced to be submit in white spaces, on white terms.

Whiteness is generally only comfortable with the presence of blacks so long as that space remains mostly white and/or is ruled and ran on white terms. Black presence that challenges white supremacy in white spaces, however, is never welcomed and is almost always vehemently opposed, sometimes violently.

Emory, like most institutions of higher education, includes lofty statements about valuing diversity, considering applicants as individuals, and assessing candidates without discrimination. They proudly list their various student services and academic centers for marginalized groups. Which parts of these efforts were made in a spirit of genuine earnestness? Which were only calculated to the exclusion of anything besides money? The best-case scenario we can hope for, we believe, involved a mix of both.

Though all institutions endeavor to balance accessibility and exclusivity—or at least the appearance of both—that struggle is vastly different for TWIs versus for HBCUs.

In an age where colleges boast about the exclusivity of their admissions process, the burden of choosiness has been the bane of HBCUs’ historical mission. Because, while HBCUs are willing, ready, and able to educate students from all walks of life, including those with the most challenges to student success, the higher education landscape places a premium on the rate at which institutions do not accept students as a measure of institutional value and rank.

US News and World Report’s annual rankings are anxiously awaited by prospective students, current students, alumni, and other vested members of respective institutional communities. For their part, students and parents alike value exclusivity, as evidenced by the heavy influence of annual rankings and other qualifiers on college choice. Generation Z has grown up with unpresented internet access and social media which promote material culture and celebrities who extol the finer things. Indeed, this has shaped their desires and expectations around where and how they receive higher education.

Contemporary HBCUs are tethered to their historical missions to provide educational access and opportunities to those who otherwise would not have them, which makes it difficult for HBCUs to choose to be choosey. Detractors, on one hand, challenge our relevance and question our rigor; while on the other, they demand that we meet and/or beat the challenges faced by all institutions in the sector while serving the most challenged students, and doing so with less resources.

HBCUs don’t tell this part of their stories often or well. Perhaps it is because they might find it very difficult to offer the necessary context of institutional racism in a 140-character tweet, a flyer, or on a web banner.

Meanwhile, TWIs often have the resources, the privilege, to boast exceptionalism in a single word: “best” or “greatest.”

Today, Dr. Marion Gerald Hood has practiced medicine for nearly 50 of the 60 years since he received that admission denial letter from Emory because he is black.

Dr. Hood, went on to earn a medical degree from Loyola University Chicago Stritch School of Medicine, and is an obstetrician-gynecologist practicing in Atlanta, Georgia. There, he has served as a physician in student health at his alma mater Clark Atlanta University, as well as community faculty at Morehouse School of Medicine, two private HBCUs.

While Dr. Hood’s story has come full-circle, HBCUs still fight to contextualize a “segregationist” history in which they are still the victim and have never been the villain. We’ve got room, plenty of good room to offer the life-changing educational opportunities that have been our trademark for well-over a century and a half.

As HBCU supporters, our greatest responsibility is to never allow the telling of the single story that ignores context. Context that is necessary and critical because it almost always drives the history that almost always correctly predicts the outcomes.

Crystal A. deGregory serves as the inaugural director of the Atwood Institute for Race, Education, and the Democratic Ideal on the campus of Kentucky State University, where she is also an associate professor of history.