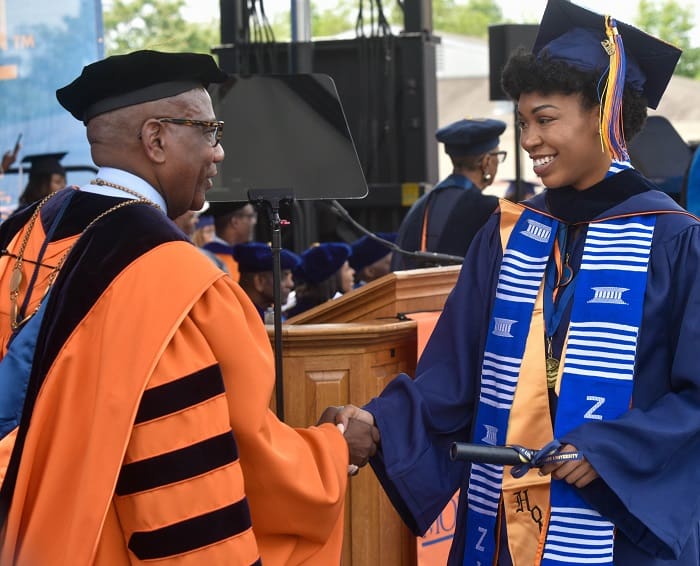 Coinciding with the 10th anniversary of his leadership of Morgan State University, President David K. Wilson announced a new personal commitment of $100,000 to benefit the Growing the Future Opportunity Fund. Administered by the Morgan State University Foundation (MSUF), the fund provides support for Morgan students facing financial barriers, through emergency assistance and grants that create a pathway toward academic 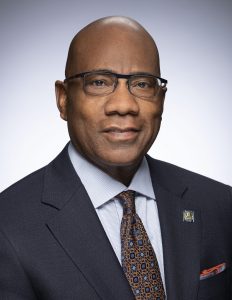 success. With the new commitment, Wilson’s contributions to support Morgan students, since his inauguration as the University’s 10th president, nears $300,000, a sizable portion of which helped to launch the President’s $5 Endowed Scholarship Fund. The $5 Fund has amassed some $1 million since its launch in FY 2011.

In 2018, Morgan’s Board of Regents gave Wilson a five-year contract extension with a three percent pay increase, which the President promised to reinvest back into the University. In addition to his own giving, he has been instrumental in making possible some $50 million in private gifts and grants from individual and institutional supporters during his tenure at Morgan.

“Giving back is personal for me, because there is no way that I would have finished college without the generosity and contributions of others assisting my journey,” said President Wilson. “It is a joy for me to be able to invest in our students here at Morgan and enable them to realize their dreams. Our students are the future leaders, innovators, educators, business starters and decision makers, and I want to be able to say that I contributed in every way possible to their success. My hope is that others who have the means will join me in making a contribution to the talent that will benefit America in the long term.”

The Past, Present, and Future of Howard Track and Field
MEAC Announces Partnership with Blaze Fire Games