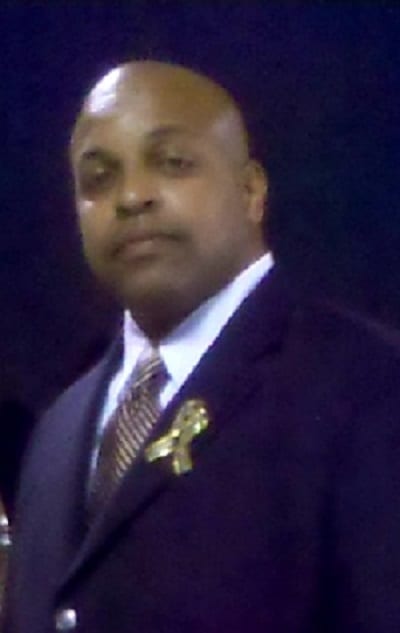 I am a native Houstonian that fell in love with drums at an early age. It all started by me taking the pots and pans out of the cabinets and driving my mother crazy by constantly beating and beating while she was trying to cook. One day a friend of mine that lived five houses down from me, mother, threw away his Muppet’s drum set. I saw it and I asked her if could I have it and she said yes. I was nine years old and this ironically was the start of a lifelong love of playing drums. Although that toy drum set didn’t last but about two weeks, my love and passion flourished. The very next year, I was in the 6th grade and God gave me a band class and the band director, Mr. Hurdle let me choose the drums and I excelled. I later attended Kashmere Senior High School and the band director Mr. LeBlanc encouraged and demanded creativity so that’s what we did, created. At Kashmere there were four brothers, the Taylor Boys Ricky, Pat, Mack, and Terry, that had all the style and pizazz that made for a pitri dish of creativity, style, love, and showmanship. We had a very good drumline. Then in 1987 I graduated and once again, God intervened, I enrolled at Prairie View A&M University and Majored in Psychology and Minored in English and this is where I met Professor George “Prof” Edwards and I “crabbed” (became a freshman member) In the greatest HBCU Band in the world. The drumline at Prairie View was called The PV McFunk BOX, “THE BOX” for short and they were the next level of playing and performing with a drum, I knew that I was home. I excelled, my drum skills and my creativity exploded and I helped create a style of drumming called “SHOWSTYLE”. When my years of service to The BOX as far as performing was at its end, Prof. Edwards made me the the Assistant Percussion instructor assisting Professor Larry Jones with The BOX. This relationship lasted until May of 2009 when unfortunately Professor Edwards died from complications due to a car wreck. In 2003 I founded the Prairie View “Marching Storm” Band Alumni Association geared towards bridging the gap between the different eras of the band from the 1960’s through the 2000’s and raising much needed money that the band needed for equipment and scholarships. I’ve volunteered and taught at several at-risk High Schools in the Houston area and helped facilitate scholarships to multiple colleges and universities. Some of those schools are Madison High School 98-99, Thurgood Marshall High School 2002-2006, North Forest High School 2009-to present, Alto Senior High School 2015 to present and I also consult and teach at Forest Brook Middle School which is the feeder school to North Forest High School. This was journey and I will do it as long as God wants me to.