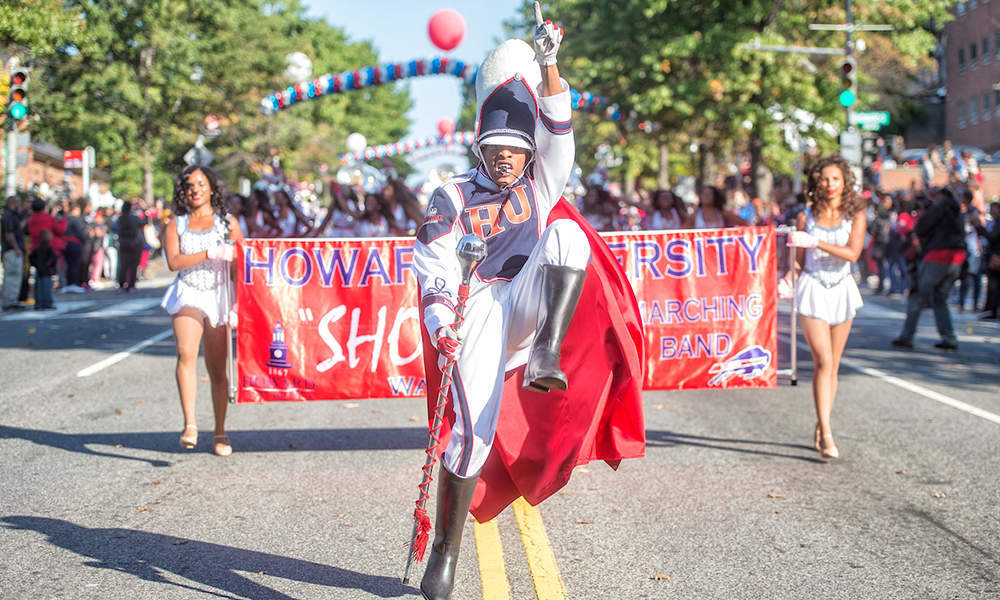 By the time you read this, HBCU homecoming season will be in full swing, complete with football games, marching bands, drumlines, concerts, and cookouts.  HBCU alumni — young and old — in the masses will make the voyage to return to their alma maters to relive their college experience, catch up with old friends, and create new memories. Of all the HBCUs, North Carolina A&T University has the reputation of having the “greatest homecoming on earth”, or #GHOE as it has been affectionately labeled by alumni and students alike. GHOE crowds attract up to 50,000 people annually including friends, family, and spectators — five times the institutions total undergraduate enrollment.  It is estimated that during the week of homecoming, GHOE attendees will spend a total of $40-$50 million in food and beverage, lodging, transportation, and related activities including concerts, parties, tailgating and, of course, the highly anticipated football game. Yet, the revenue generated will largely benefit the town of Greensboro, NC and, in small part, the university.

The university, despite being the main attraction for this influx of revenue, does not retain the financial benefits of an event it sponsors. That does not make sense. What if for one year, instead of spending money on homecoming, alumni sent those funds to the university towards a general scholarship fund? As an HBCU alumna, I know how important homecoming is to HBCU culture and the overall experience, so it may be a long shot to cancel homecoming (on purpose). However, what if all HBCU homecoming attendees committed to giving at least $100 directly to the institution during homecoming weekend? It is no secret that HBCUs tend to have the smallest endowments and struggle with securing financial contributions. The top 10 HBCUs with the highest endowments have a combined total of $1.9 billion, whereas the top 10 predominately-White institutions (PWIs) with the highest endowments have a combined total of $198.4 billion. Howard University has the highest HBCU endowment, last reporting $685,775 falling just under the national average endowment of $704,527 as stated by the National Association of College & University Business Officers.

In 2017, U.S News & World Report reported that HBCU alumni giving was only 11.2 percent. According to HBCU Game Day, HBCU homecoming football games average about 10,000 attendees per game. With an average of 47 homecoming games a year, that is nearly 500,000 attendees. There is a need to consider more creative and active ways to engage HBCU alumni as well as friends and family in the HBCU community. Homecoming is the perfect stage to do so. In addition, we need to establish an ongoing culture of giving and philanthropy. Marybeth Gasman, professor, and HBCU researcher stated, “HBCU alumni do give back when asked, however, they have to be educated about philanthropy.” I charge my fellow HBCU alumni to give back, even if we are not asked, with an understanding that our HBCUs have smaller fundraising infrastructures with less staff. As alumni, we are the gatekeepers who hold responsibility for the financial upkeep, sustainability, and the survival of our former homes. We need to ensure these institutions will exist for the next generation so we can pass on the torch to the next generation of HBCU graduates.

Cheyney University of Pennsylvania recently instituted a new giving campaign called “Change for Cheyney.” The idea is that current students and alumni give their leftover pocket change to the university once a month with an expected minimum of $10 per month or $120 per year. If Cheyney were able to engage students and get just 50 percent of the student body to participate, that would be $40,000 a year. If during homecoming, Cheyney had 1500 attendees (twice the undergraduate enrollment) and each person committed to the yearly minimum that would be $180,000 per homecoming. Grassroots efforts like “Change for Cheyney,” while small, could catch the eye of corporations, celebrities, philanthropists, and/ or outside donors who might be willing to match the funds, which could result in greater contributions. For example, when Beyoncé turned Coachella into an HBCU homecoming and then donated a total of $200,000 to 8 HBCUs (Texas Southern University, Fisk University, Grambling State University, Morehouse College, Xavier University of Louisiana, Wilberforce University, Tuskegee University, and Bethune-Cookman University), Google matched her donation with an additional $100,000. Four months later, comedian Kevin Hart also felt compelled to support HBCUs and with the help of UNCF donated $300,000 to provide scholarships for college going students from KIPP Public Schools. KIPP matched his donation and donated $300,000 more, ensuring scholarships for 18 students matriculating into HBCUs in the fall.

Understandably, you may not have an extra $200,000 laying around to donate (I do not), but as alumni, we could and should also donate time. Spend a day bringing a student in your family or community back to campus to whet their appetites for college life, more importantly, HBCU college life. Take them on a tour, walk across the quad, eat lunch in the café and end the day with a stop in the admissions office to complete an application. People Design, a strategic design consulting firm, has a mission to support alumni as institution ambassadors, stating ambassadors “can produce more for the institution than a $50 donation” by showcasing the institution with personal and familial approaches. Helping one student enroll could help change the trajectory of the student’s life while simultaneously benefiting the institution, so it is a win-win situation. If you are so compelled, why not bring a car full of high school students?

As you make your preparations for homecoming next year, be sure to set aside $100 to donate to your alma mater and bring a high school student with you to live the HBCU homecoming experience. If you did not attend an HBCU (but attend HBCU homecomings) and you are unsure of where to donate, consider the United Negro College Fund (UNCF), the Thurgood Marshall College Fund (TMCF) or the institution’s website. Roland Martin, the former host of TV One’s NewsOne Now, said: “Many folks will go back for [HBCU] homecoming…but will not send a dollar.” Let us not be those folks; change starts with us.

Dr. Janelle L. Williams is a visiting scholar at the Penn Center for Minority Serving Institutions at the University of Pennsylvania. You can follow her on Twitter @SincerelyDrJae

Senator Cory Booker: The American dream is ‘in peril’
Will Democrats win the House? Bakari Sellers thinks so