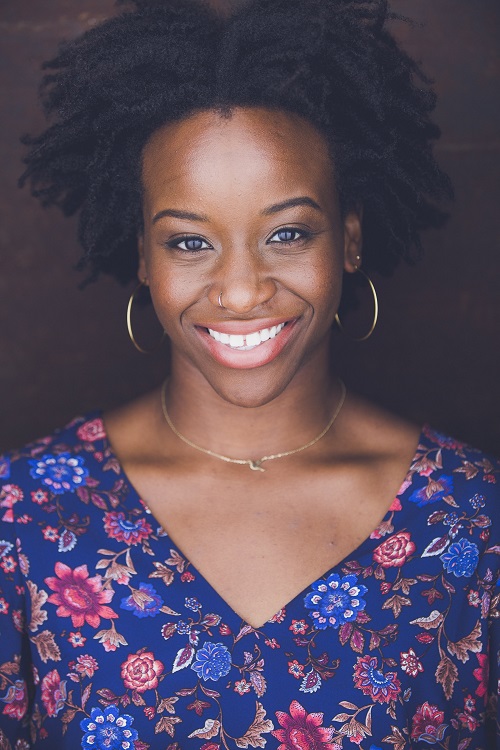 The third floor of Lowman Hall at South Carolina State University is built on a slant. I didn’t know until I stepped out of the elevator — a gaggle of upper and underclassmen flanking me on both sides. I was there in partnership with the SCSU Honors College, running a Resume Building workshop for 13 students. A few young women exiting to my right entered the hallway on the incline of the slanted plane. Their kitten heels clicked echoes around us as we walked toward the Board of Trustees’ Meeting room for the workshop.

I found myself on the lower plane looking up at the well-dressed students around me. When planning the workshop, Ms. White, the Honor’s College Student Services Coordinator suggested that participants dressed as if they were attending an interview. That way, we would point out in real time what attire is considered appropriate or not. The students outdid themselves. They wore tailored blazers, carried work bags, styled their hair in gorgeous braids and puffs. In the end, I felt undressed, having worn a simple gray dress and velvet boots I would certainly not advise for an interview.

Once the students also noticed that the floor was slanted, they made a game of walking from one plane to another. I laughed and imagined 80’s pop songs, how Lionel Richie, for example, could be walking up upright, and then the floor would slant and he’d be dancing on a wall or a ceiling. This morning called for dancing. I didn’t graduate from an HBCU. But when I returned to the United States in July 2018 after living in Beijing, China for four years, I knew I wanted to work with one. The education landscape in China is so competitive that in order for companies to succeed, they must offer the most innovative and effective solutions to students’ needs. I built a career in international education business management, taking on roles from PR to marketing, business development, and branding. But what I became most interested in was admissions consulting, teaching applicants the little-known secrets and strategies to get into top colleges and graduate school programs and afford to go. Having grown up in Orangeburg, where South Carolina State is located, I wanted to make sure that I brought this knowledge back home to rural communities. Now with my own company, Outlier Admissions, I share what I’ve learned every day through books, in-person workshops, and 1-on-1 virtual coaching sessions.

Finally, we had all entered the meeting room. Two young men were already there, having taken the stairs to beat the rest of the group. They panted, and we all laughed at a joke that could never get old. The 13 students settled in around a shining mahogany meeting table — young brown faces, prepared and eager to learn. I passed out cards for each participant to write their name, year, and major. As they scribbled out the information, I couldn’t help but take note of the room’s beauty.

Portraits of prolific black thinkers and leaders hung from the walls. There were familiar faces, like Frederick Douglas, and then there were others. Faces I’d never seen. Black men and women frozen in black and white. I walked closer to read the placards adjoining each frame. I can’t remember the names anymore, but each photo carried a different story. I was looking at regally-dressed men and women professors and crowds of unnamed male students. There were no street signs, no manicured patches of green grass, or paved roads in the pictures. Just dirt and more dirt surrounding a few buildings. I began to wonder — How did these people speak? How did they walk? When they woke up in the morning was it tea or coffee first? When I strolled around campus, who had stepped where I’d stepped? Could it have been her? Could it have been him? With just a few simple photographs, the room became more a monument than a room. A testament to the ones that have gone before us. Had black excellence not thrived back in 1879 when the university was still named the South Carolina Agricultural and Mechanical Institute, would I be where I am today? Would my students? It’s an impossible question, yet the answer, I think, is no.

I stepped away from the photographs and turned around. Tiny conversations fluttered across the room as the students waited for my full attention. They were ready to start. I scanned my scanned with a smile and began, “Thank you all for being here.” The students thought I was only talking to them, but I was not.

Through her 1-on-1 consultations, books, and workshops, Uchechi Kalu, Founder of Outlier Admissions, teaches students how to think like an admissions officer so that they get admitted to any school they want. She is also the author of a college admissions book called, The Outlier Effect: 15 Application Strategies to Stand Out, Get In, and Afford College. In 2010, President Barack Obama awarded her a Presidential Scholar in the Arts for her writing and she was named one of America’s Best Young Writers. Her clients have been admitted to the best undergraduate and graduate programs in the United States, including, Princeton University, Duke University, Emory University, the University of Virginia, and many more.

Find out more at: www.outlieradmissions.com