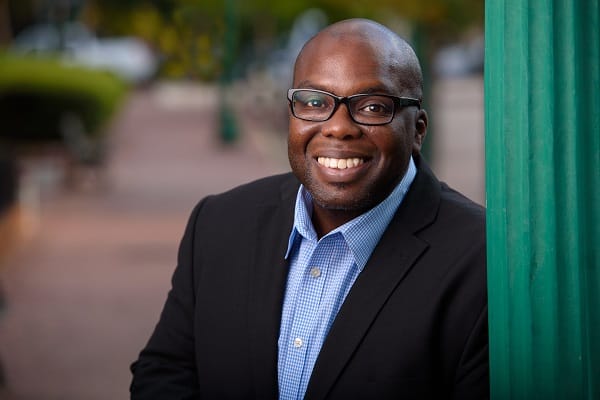 Gerard Howard has spent nearly two decades documenting the world of black college bands. After starting the internet’s dotcom for Black college bands (blackcollegebands.com) in 1998, Howard spends weekends every fall traveling from city to city showcasing the legacy of HBCU Bands. “Before I began covering bands, most media outlets on the field were only covering sports. My focus was strictly the bands,” says Howard. “As a kid I used to watch HBCU football on BET every Saturday night just to see the bands. Where BET ended is where I began. Growing up in New Orleans, besides Southern and Grambling, we didn’t know what other bands sounded like. We would only hear rumors of them. My job was to show others what they looked and sounded like.”

Since that time, Howard has photographed hundreds of games and has expanded to documenting via film. Added to that, he has interviewed legendary band greats such as William P. Foster of Florida A&M University, Isaac Greggs of Southern University, as well as Jackson State University’s Lewis Liddell.

Self-trained, Howard is known for an in-the-trenches style of photography. A gritty approach that shows the intensity and aggression of sport that he calls The Marchingsport. As a result, he has had work featured in Vibe magazine and is also frequently used as a reference by national publications when they cover bands. Furthermore, Gerard’s work has been featured in Stanley Nelson’s documentary, Tell Them We are Rising, as well as in the permanent collection of the Mississippi Museum of Art. In 2018, one of his videos was included in an HBCU exhibit at the Smithsonian’s Museum of African American History. Because of his attention to detail and high-quality videography, his videos are often noticed and shared by celebrities via social media and major online publications.

With a new-found interest in art, Howard’s subjects expanded to fine art photography and resulted in his participation in solo and group shows in Jackson and New Orleans. As a nature and landscape photographer, Gerard has traveled the world from Iceland to Antarctica building a portfolio of both well-known landmarks and cityscapes.

Howard’s current sites include bandhead.org, a social networking site for bands, and MARCHINGSPORT.COM., which features his most up-to-date and archived videos of HBCU Bands.

A member of the Alpha Phi Alpha Fraternity, Inc., Howard currently lives in Jackson, Mississippi, where he works as a webmaster. He can also be heard Monday-Friday on WJSU as an on-air jazz radio personality. In 2014, his show Jazz Reflections was also put into syndication on SiriusXM (Channel 142). He also performs as a bass drummer with Southern Komfort Brass Band.