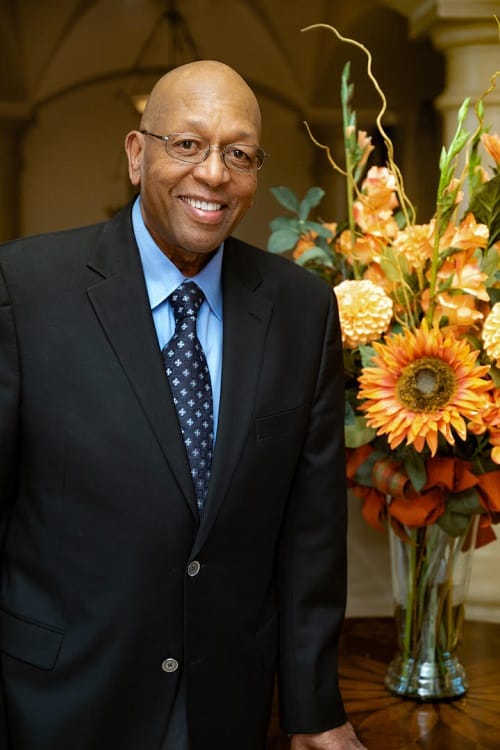 the Largest Gift Received from an HBCU Alum

Morgan State University today announced receipt of a $20 million commitment from alumnus and philanthropist Calvin E. Tyler Jr. and his wife, Tina, increasing an endowed scholarship fund previously established in the Tylers’ name. The monumental gift is the largest private donation from an alumnus in University history and is believed to be the largest contribution of its kind to any Historically Black College or University (HBCU) nationwide from an alum.

In 2016, the Tylers made a commitment of $5 million to the University— at the time the largest in Morgan’s history 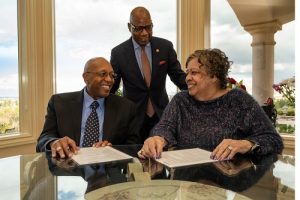 —bolstering the Calvin and Tina Tyler Endowed Scholarship Fund established in 2002 to provide full tuition scholarships for select need-based students residing in the Tylers’ hometown of Baltimore. In light of the financial hardships and challenges a number of students and their families are facing as a result of the current pandemic, the Tylers were compelled to expand their giving. Once exclusive to students from Baltimore, the endowed scholarship is now national in scope and will benefit generations of future Morgan students seeking a college education. To date, the endowed fund has supported 222 Morgan students by way of 46 full-tuition and 176 partial scholarships, with the promise of benefiting more ‘Tyler Scholars’ with the increased multimillion-dollar pledge and expanded scope.

“Morgan is so proud to call this son and daughter of the great City of Baltimore our own, and through their historic giving, the doors of higher education will most certainly be kept open for generations of aspiring leaders whose financial shortfalls may have kept them from realizing their academic dreams,” said David K. Wilson, president of Morgan State University. “For public institutions, like Morgan, our charitable alumni are testaments to the legacy we collectively uphold, and the Tylers’ generosity over the years, culminating with this transformative commitment, is a remarkable example of altruism with great purpose. We are forever indebted to the Tylers.”

Calvin Tyler enrolled at Morgan State College in 1961 to study business administration. The first of his family to attend college, he later interrupted his matriculation in 1963 due to lack of funding and eventually took on a job as one of the first 10 UPS drivers in Baltimore in 1964. At UPS, he would then work his way up, climbing the corporate ladder, ultimately ending up as senior vice president of operations before his retirement in 1998, and joining the company’s board of directors. Through his 34-year career at the multinational package delivery company, Tyler never lost sight of his own humble beginnings, committing with his wife Tina to support those who, like him, encountered hardships and financial insecurities while pursuing their college degree.