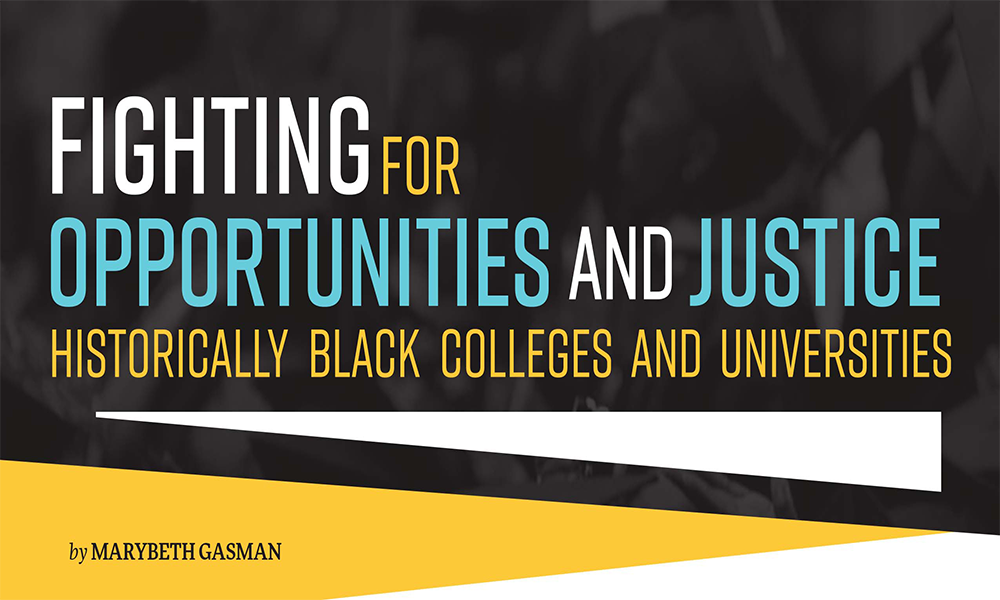 There are 105 HBCUs in the United States, each of which are diverse in their makeup, approaches, and educational missions. At their core, HBCUs are dedicated to uplifting African Americans, even during times when merely educating this group was and continues to be a fierce act of justice. While many other colleges and universities have ignored the needs of African Americans – especially those who hail from low-income households or are underprepared by our K-12 system of education – HBCUs have been doing the lion’s share of the work with fewer resources.

Xavier University of Louisiana and Howard University of Washington, D.C. are examples of HBCUs which are essential to the production of future Black doctors.  With their wrap-around support services, handson and highly dedicated faculty, and intense science curricula, these institutions send more African Americans to medical school than universities five times their size with considerably more resources.  Between these two HBCUs alone, 205 African Americans were sent to medical school in 2016. Several of the larger research institutions can only boast about sending 30 African American students to medical school per year. Based on these statistics, one would wonder why more institutions aren’t traveling to these HBCUs and asking them how they achieve record success or why aren’t we as a nation investing more money into these institutions.

Read more in this issue of HBCU Times Magazine.