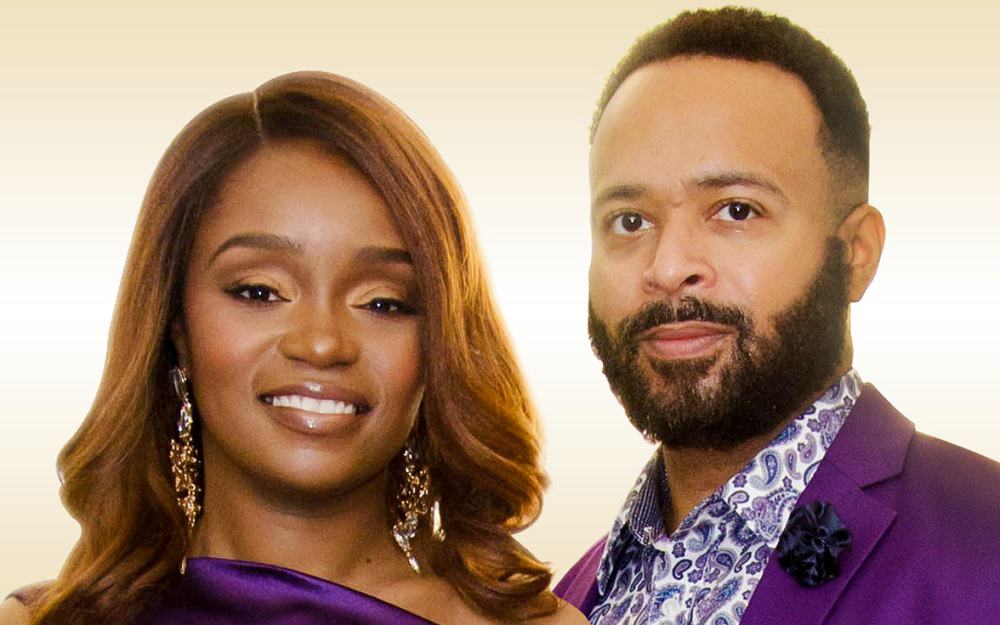 Dr. Jorim and Aja Reid met on the Highest of Seven Hills at Florida Agricultural & Mechanical University as members of the Incomparable FAMU Marching 100.

Mrs. Reid is the owner of Reid Creative Solutions LLC where she provides HR consulting and training services for small businesses and individuals. Aja enjoys serving her community and volunteers with the Durham Rescue Mission, Book Harvest and Dress-for-Success. She is also a proud member of the Western Wake Chapter of Delta Sigma Theta Sorority Incorporated.

Dr. Jorim Reid served as Head Drum Major in the FAMU Marching 100 and principle Oboist in the Wind Ensemble. He is also a member of the Delta Iota Chapter of Kappa Kappa Psi National Honorary Band Fraternity and a charter member of the Omicron Gamma Chapter of Phi Mu Alpha Sinfonia. Reid is also active with the Beta Phi chapter of Omega Psi Phi Fraternity Incorporated. Jorim graduated from FAMU with a Bachelor’s degree in Music Education, received a Master’s degree in Music Education from Florida State University and a Doctorate of Musical Arts degree from Boston University.

Dr. Reid is currently the Director of Bands at Fayetteville State University. Since 2000, he has conducted and developed distinctive sound and quality for multiple ensembles at several universities, and received accolades in several competitions and presentations. For 15 years, Reid served as a faculty member, music instructor, arranger, and Band Director at North Carolina Central University (NCCU) in Durham, North Carolina. While there, he reestablished the symphonic bands. In 2004, he created his passion, the Wind Symphony and Concert Bands, to challenge the exceptional musicians within his program and serve as a development group, respectively. Although his first rehearsal in 2001 consisted of only sixteen winds and sweat-suits for uniforms, the band grew to just shy of 150 by 2004.

Under his leadership, the NCCU Marching and Symphonic bands flourished and provided a source of pride and respect for the university, including participating in and winning the honor of being selected to perform in the Honda Battle of Bands six times in the categories of CIAA and Independent Class (2005-2010). Reid has been featured in the publication, Halftime Magazine International, highlighting his patented “Hybrid” marching concept. This approach was forged to play down deficiencies in student musicianship and limited resources and meld traditional and corps styles, resulting in unlimited musical maneuvering and creativity options that enhance the band’s performance. This concept is beginning to be imitated, proving Reid’s creative work has been the catalyst generating more than 100 million impressions in print, online, and on television. His commitment awarded the NCCU Marching Sound Machine an invitation to the 2011 Tournament of Roses Parade in Pasadena, California.

While at Fayetteville State University, he re-chartered the Theta Tau Chapter of Kappa Kappa Psi National Honorary Band Fraternity and the Theta Alpha Chapter of Tau Beta Sigma National Honorary Band Sorority. Since his arrival to Fayetteville State University, ESPN/The Undefeated HBCU Band Rankings placed the Marching Bronco eXpress (MBX) as Band of the Year for 2017-18, and the number One Division II Band for the 2018-19 season. Reid also presented the high honor of the National Alumni Award from the Fayetteville State National Alumni Association. Dr. Reid is also the owner of Vision Tree LLC, a media production and publishing company.

Jorim and Aja reside in Durham, NC and are the proud parents of Teddy, Aria and Jorim Jr. (JJ).