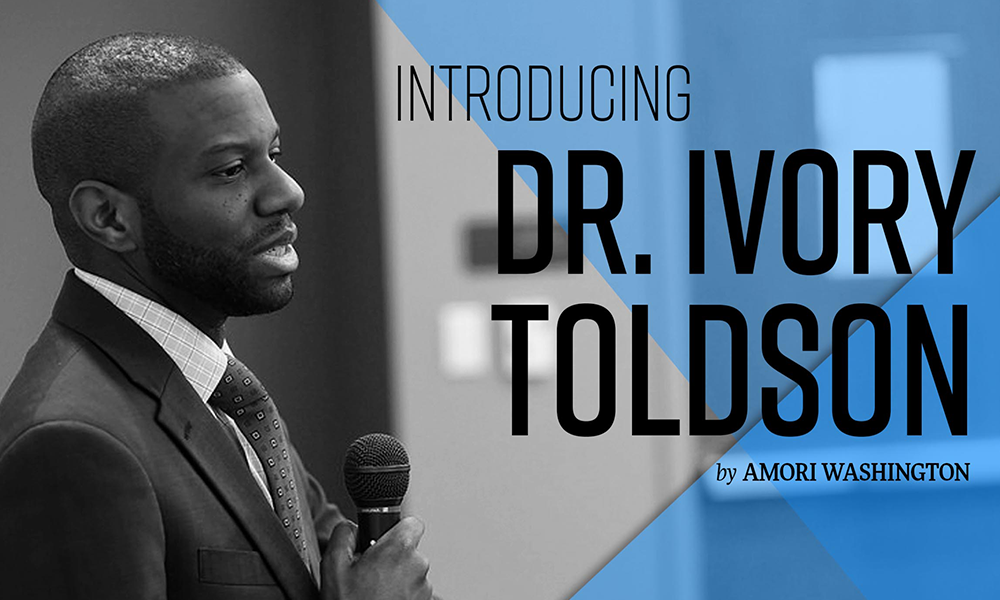 As a truly innovative leader and groundbreaker when it comes to advancing the uniquely and beautifully crafted historically black colleges and universities (HBCU’s), Dr. Ivory Toldson, a full professor of psychology at Howard University is nothing less than incredible. The undeniable pride he carries for HBCUs not only radiates through his character, but ultimately acts as the driving force behind his career and life’s work.

Along with his titles as a caring husband, father, and professor, Dr. Toldson serves as editor in chief of The Journal of Negro Education and president of the QEM Network. He previously held positions as the senior research analyst for the Congressional Black Caucus Foundation and Executive Director at the White House Initiative on Historically Black Colleges and Universities, appointed by former President Barack Obama. Dr. Toldson is vision-driven, continuously thinking beyond the classroom and even the walls of an institution to accomplish genuine success. He is a strong advocate for destroying false narratives and stereotypes of HBCU’s and contributing to their advancement. Dr. Toldson encourages HBCU students and alumni to represent themselves and their institutions with a sense of pride and dignity.

Read more in this issue of HBCU Times Magazine.

Visionary
More Than Meets the Eye