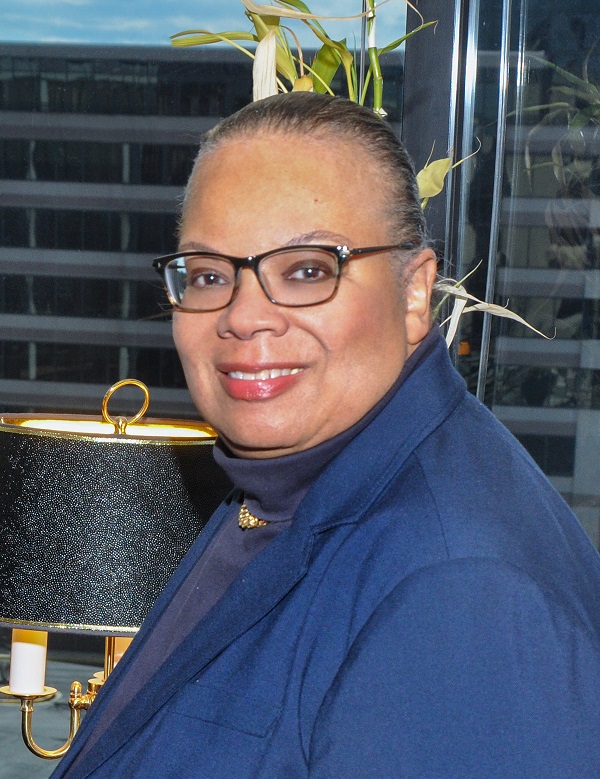 Growing up in Westbury, New York, Diane Frasier always admired and was very close to her grandmother. When her grandmother became ill in 1969, she was taken to a hospital that did not treat people of color with dignity.  The doctors there gave her grandmother an incorrect diagnosis. Frasier’s mother then took her to a different doctor where she found out that the diagnosis given was incorrect.  After being correctly diagnosed, she was immediately admitted to the hospital. Unfortunately, it was too late, and she died a week later from kidney failure.

After this tragedy, Frasier knew that she wanted to work in the healthcare industry and understood at a young age how important it was for everyone to have access to quality healthcare. “I treasured my grandmother and I always thought that this was wrong and (that) it’s important for people to have good healthcare,” Frasier said by telephone.

Frasier eventually realized her dream and now serves as the Head of Contracting Activity and Director for the Office of Acquisition and Logistics Management for the National Institutes of Health (NIH) in Bethesda, Maryland. Her office oversees all the acquisition activities that take place within NIH. The office works in acquiring items as small as test tubes to major research and development projects, contracts for clinical trials, drug and vaccine development and construction contracts. On the logistics side, her office is responsible for managing the property within the NIH community and making sure staff are accountable for their property and ensuring that items do not go missing.

When Frasier saw gaps in how a few entities were getting grants and acquisitions, she decided to help to close the gaps. Four years ago, she and her team started the HBCU (Historically Black Colleges and Universities) Path to Excellence and Innovation Program after realizing that HBCUs were not being recognized enough in NIH’s acquisition portfolio. Frasier had a personal interest in the success of HBCUs owing that her pediatric doctor, who treated her pneumonia when she was a child, was a graduate of Meharry Medical College and several of her family members have graduated from HBCUs.

“There were maybe one or two contracts where we had HBCUs as a prime. We are over a $32Billion Agency,”, said Frasier.  “We wanted to do something about the fact that our HBCU dollars have been stagnant to declining, especially in relationship to the new incentives provided under the White House Executive Order-13779. “We wanted to show that there is a role and opportunities for HBCUs in the NIH acquisition portfolio.”

Initially, when the program started, the staff quickly realized that many HBCUs did not have the infrastructure that was needed to go after available acquisitions. They began by targeting six pilotedschools – Jackson State University, Hampton University, Morehouse School of Medicine, Meharry Medical College, Howard University and the University of the Virgin Islands – and providing them with contracting training on what it takes to obtain a government contract. In addition, the staff started a mentoring program where small businesses partnered with the various pilot schools to assist in preparing them in developing their infrastructure and working with the White House Initiative on HBCUsand the Minority Business Development Agency to promote excellence and innovation at HBCUs.

“We are looking at schools that are committed,” said Frasier. “This is a major commitment on the school’s part in order to say they are going to dedicate or create infrastructure where they will have resources available to go out and work on getting government business with the NIH.”

As a result of Frasier’s work, Hampton University (HU) had the opportunity to present its capabilities in presentations before Institute and Centers senior program managers.

“For HU this led to an associate membership in the Quantitative Imaging Network (QIN), an international network that promotes research, development and clinical validation of quantitative imaging tools and methods for cancer diagnosis. We are using this platform as leverage for cancer research and therapy opportunities at NIH that exist within the Hampton University Proton Therapy Institute. Hampton University is the first HBCU to become a part of this prestigious network of research institutions,” said W.L. “Bill” Thomas, Jr., Associate Vice President for Governmental Affairs at Hampton University.

“I’m proud of the entire program,” Frasier said, speaking broadly about the Path to Excellence and Innovation Program (PEI). “NIH is serious about wanting to increase the representation of HBCUs as part of our acquisition and grants portfolio and we have a critical mission. We want to get the best research done for the health of not just Americans, but for the entire world. We want HBCUs to be a part of it.”

“Ms. Frasier has demonstrated a firm commitment to meeting the procurement needs of the NIH while simultaneously changing a perception surrounding the capabilities of MBE’s (Minority Business Enterprises) and HBCUs. Minority businesses are no longer synonymous with subcontracting opportunities, but rather being increasingly recognized as fully capable prime vendors,” said Maggie M. Harris, President and CEO of ESC, Inc. in a statement. “ESC, Inc. has seen a direct benefit from the (PEI) program’s efforts to equip participants with strong business fundamentals to tackle potential obstacles to capacity growth with the NIH. We have realized tangible results stemming from the introduction and strengthening of relationships with HBCUs and NIH’s Office of Small Business and HBCU Programs,” she added.

Before landing at NIH, Frasier began her federal career as a Presidential ManagementIntern, working with contracts at the Department of the Navy. She then moved into working in policy for the Department of the Army, where she also worked as a Liaison to one of the Army’s major commands. One of her many accomplishments in her roles at NIH, is that she initiated the design, development and implementation of the NIH Contractor Performance System – one of the first systems to collect and retrieve contractor past performance information. Frasier has also received several awards for her work, including the Presidential Rank Award of Meritorious Executive and the Department of Health and Human Services’ Secretary’s Award. Frasier continues to ground her work in giving back to underserved communities.

“Prior to Ms. Frasier it was often very difficult for HBCUs to obtain access to NIH contracting opportunities,” said Dr. Leonard Haynes, Senior Advisor to the Secretary of the U.S. Department of Education. “Without the commitment and dedication of Ms. Frasier, the tremendous progress taking place today to engage HBCUs with NIH in the contracting arena would not occur.”

Frasier’s work has already been impactful domestically and globally: “Her leadership helps changed the research, contracting and purchase order trajectory of HBCUs with the largest public funder of biomedical research in the world (investing more than $32 Billion a year to enhance life and reduce illness),” Johnathan M. Holifield, Executive Director of the White House Initiative on HBCUs, said about Diane Frasier.“

“Her efforts are helping to narrow the gaps in health care experienced by our minority citizens, as well as facilitating an increase in minority health professionals pursuing careers in biomedical research,” said Louis W. Sullivan, MD, who served as the U.S. Secretary of Health and Human Services from 1989-1993.

Frasier credits her upbringing for having had immense success in her field. “I was raised to be curious,” she said, “to go one step further than what’s actually needed and to have good intellectual curiosity. I learned to be respectful of individuals whether they are your supervisor, your colleagues or your subordinates and to be open-minded. To not always see things as impossible and to recognize that I may not have the answer, but that someone out there does and I need to promote their idea in the sense that it was their idea, not mine.”

HBCU Impact
“By Culture and By Merit”