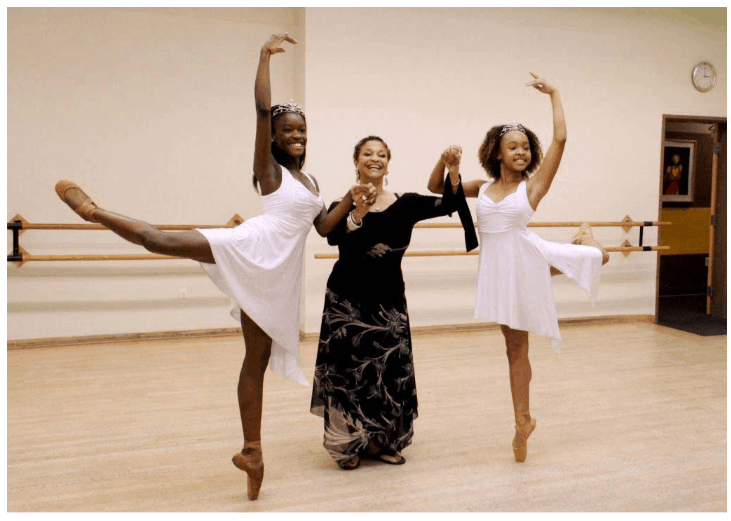 “Dealing with kids, I’m tough on them because I’m trying to get them ready for what’s out there,” Allen said. “A world that is not going to just love them or let them get away with things. They have to measure up. So I have high standards and that’s why the production is very professional.”

The Debbie Allen Dance Academy (DADA) has been operating as a non-profit for over 20 years. Students enrolled are taught extensive overarching elements of dance by world class choreographers invited by Allen. “The Hot Chocolate Nutcracker” is performed annually and serves as the academy’s largest fundraiser. In addition to providing young dancers with on stage experience it also exposes them to a more serious side of the dance world.

“The ballet world has always been very specific, elitist, and not very inclusive,” said Allen.

This she learned from personal experience. As a child, Allen recalls never being allowed to view a live enactment of “The Nutcracker” due to segregation in Houston. However, she didn’t allow denial to turn her away from the art form she loved. In the 1960’s she applied to the Houston Ballet Foundation Academy but was rejected; only to be called back a year later when they needed to meet diversity qualifications for grant funding.

Little did she know that over three decades later she would face the same issues when her daughter, Vivian Nixon, was discriminated against at The Kirov Academy of Ballet in Washington, DC. Many would be discouraged after continually being dismissed but Allen was inspired. She used it as motivation to open DADA and write her own multi-cultural rendition of “The Nutcracker.”

Skilled professionals are welcomed from across the globe to perfect the set ballet, jazz, tap, and hip hop performances. Though their critiques are harsh, Allen ensures that it comes from a place of love which incites growth.

The film not only shared tears and triumphs experienced over years of the production but also reveals the rigid traditions ever-present in classical ballet. One of the most prevalent stigmas being that height, weight and skin tone amongst other features should be used to select dancers with a graceful build.

“There are mountains to leap over for Black kids,” Allen said. “We are built differently, and in the ballet world, you are wanted to be very skinny and fair, as in white. Misty Copeland and Lauren Anderson broke that mold. Desmond Richardson, amazing, but what role did they give him to play? Othello. Why couldn’t he be the prince in ‘Swan Lake’? Why couldn’t he be Romeo? So we still have a ways to go.”

In the Netflix documentary which takes the audience behind the scenes Allen can be seen mentoring her dancers from preschool to high school through raw discussions which embolden each individual to embrace their uniqueness; convincing them that talent will force those who are willingly blind to see.

One stellar example of this arises in the story of April Watson. A North Carolina native with a dance dream who became a full scholarship student at DADA. In this year’s production she played the sought after role of the sugar fairy.

“I brought her here so we could nurture her, because she needs it,” said Allen.

Two parents found these conversations too powerful not to share with the public. Shonda Rhimes and Oliver Bokelberg teamed up to showcase the uplifting work being done by Allen and husband Norm Nixon.

This turned out to be the debut the academy needed amidst Covid. In the coming years Allen shared that she is hopeful to create a film adaptation of the ballet showcase that has been proven to change lives.