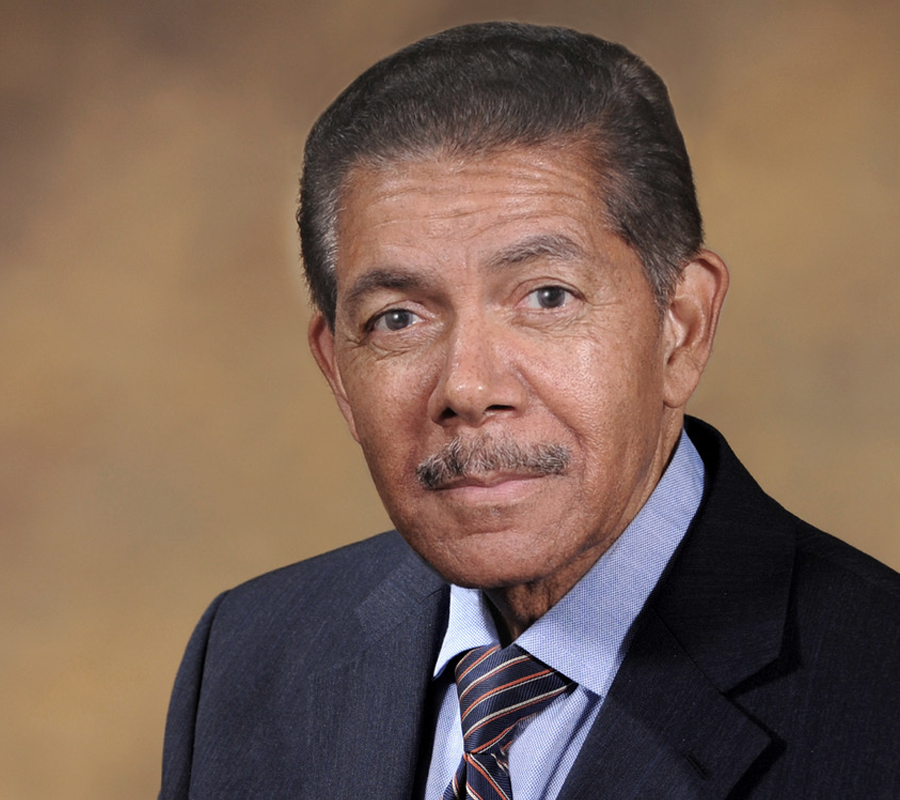 He’s a huge fan of FOX’s hit show Empire and for the last “25 years 2 months 4 days 6 hours and 20 minutes” he’s had a standing dinner date with his wife Barbara each night.

At age 9, he picked up his first handy-me-down camera, a Kodak Brownie and by age 11 his name was synonymous with the civil rights era.

It’s not everyday that you gain national notoriety before you can drive, but that’s exactly what he did when he captured NAACP attorney Thurgood Marshall stepping off a train in Charleston, SC as he prepared to argue for the 1952 Briggs vs. Elliott case out of Clarendon County.

At 14 “CJ,” as he’s affectionately known to family and friends was a freelance photojournalist for JET magazine.

Now at age 80, Cecil J. Williams’ Wikipedia page still doesn’t seem to capture all that he’s accomplished through the lens and on the streets of activism.

Williams, a 1960 graduate of Claflin University, stays true to the foundation that family time is sacred and breaking bread together “helps to unify the family unit.”

Though he never had any children, Williams said he anticipates dining around the table with his bride to discuss the joys and jolts the day might have presented.

“It’s a time that I look forward to seeing her, because no matter what my schedule might demand, that time is for us.”

His faith and devotion to his profession are other values that help move Williams forward each day.

“My hobby is my occupation and my occupation just so happens to be my hobby,” Williams said. “My entire life revolves on the axis of faith, family and photography.”

Born in 1937, Williams is the middle child of Cecil Leroy and Ethel Lillian Williams.

His brother Alfred traded in the Kodak Brownie for the saxophone.

A decision that helped shaped the photography style of a young Cecil and developed an appreciation for the glitches of modern picture taking for the seasoned historian.

“You know, I had an iPhone 10, but I had go back to the Generation 7, because it had too many glitches,” Williams laughed.

First introduced in 1900, the Brownie, sits in Williams’ Orangeburg based photography studio greeting some thousands as they came and went.

Williams is a member of the coveted American Society of Media Photographers (ASMP), Delta Chi Boulé of Sigma Pi Phi Fraternity and is a Connecting Link in the Orangeburg (SC) Chapter of The Links, Incorporated and is a Getty Images contributor.

On October 25, Williams was one of four recipients of the 2018 Governor’s Award in the Humanities at the University of South Carolina.

Established in 1991, the Governor’s Awards in the Humanities recognize outstanding achievement in humanities research, teaching, and scholarship; institutional and individual participation in helping communities in South Carolina better understand our cultural heritage or ideas and issues related to the humanities.

Williams has marched to the beat of his own drum choosing to become a Claflin Panther while his wife, a retired educator, adjunct professor, and trustee board member of MUSC, sister Brenda Williams, a retired vice president of strategy and compliance the the Regional Medical Center and late brother Alfred are became SC State Bulldogs.

His road less traveled approach has proven to work out well for the man best known as chronicler, but is also a highly regarded architect.

In 2017, Williams received the The Order of the Palmetto, South Carolina’s highest civilian honor used to recognize a lifetime of achievement and service.

As a product of  racial segregation, Jim Crow laws and now the Black Lives Matter movement, Williams’ global activism has landed him in his own backyard – literally.

For nearly two decades, the Williams’, residents of the Northwood Estates community have spoken before Orangeburg city and county councils petitioning that their sewer rates are astronomically high citing the contamination is comparable to the Flint water crisis.

“Injustice and misjustice of any kind, anywhere is not right and I intend to hold the office holders – not elected officials, accountable for discriminating against those that live on fixed incomes and those that are disabled,” Williams said.

The decades old fight is a little different in recent years Williams said because of the county’s predominantly African-American leadership.

“They didn’t start the problem with the water and sewage system, but from the mayor on down they are holding on to the ideas and policies that have long been in place,” Williams said.

On the forefront for many social issues in ‘The Garden City,’ Williams the last living photographer at the scene of the Orangeburg Massacre says the town nestled between Columbia and Charleston should be much further along and is vastly “behind the times.”

On that fateful night of Thursday, February 8, 1968, South Carolina Highway Patrol troopers fired rounds from the entrance of then South Carolina State College into a crowd of unsuspecting students protesting a segregated bowling alley.

Samuel Hammond, Delano Middleton and Henry Smith were killed and over two dozen were injured.

Williams could have easily been seriously injured during what he says was a completely avoidable tragedy.

“Orangeburg has very special problems, it has never embraced racial equality and its been last to conform to state, regional and national implementation of civil rights laws. During the time of the massacre it was illegal to operate a segregated bowling alley, but officials of that time allowed a racist establishment to exist in the city limits and did nothing about it. They were wrong then and they’re wrong today.”

Williams chronicles the events of that day and the days leading up to it and the aftermath in his book ‘Orangeburg 1968: A Place and Time Remembered’

His latest book, “Unforgettable” a collection of 40 images portrays events, people and significant moments of social change from the 1950s through the 1970s was recently released.

A reception was held in Charleston in July.

Another book talk is planned for December 11 at the Richland County Library in Columbia.

In addition to his already lengthy bio, Williams also invented the film toaster.

No it’s not a pop-up toaster for waffles or pastries, rather Williams said it’s a device that enables you to create digital image files from older photography film.

The products as well as his books are available on Amazon and cecilwilliams.com.

Make no doubt about it Williams will continue his fight for freedom, justice and equality on the local and national stage, but there’s always room for downtime.

When he’s not in the pews of either Mt. Pisgah Baptist Church or St. Luke Presbyterian Church, Williams is locked in to an episode of The Walking Dead or Empire.

Not a fan of live television, Williams said he prefers to kick back with the DVDs of the hit series of the zombie apocalypse and the music dynasty drama.

Williams has seen the end of World War II, segregation and desegregation, the assassination of King and Kennedy, September 11th and the election of a reality TV star turned president and the public resurgence of racist ideology, yet Williams remains hopeful.

“I hope that my life and experiences has inspired those that may be less fortune to overcome any situation and that we would end our petty differences when it comes to race and other trivial matters that hold us back as a community, state and nation.”

Kimberlei Davis is a published author, brand strategist, empowerment speaker and an accomplished journalist currently working in print, digital and broadcast media. She is a graduate of Johnson C. Smith University and is the founder of The LEAP Foundation, a non-profit organization aimed at assisting with the academic outcome of foster children. Kimberlei is the mother of one son, Benjamin.

Connect with the writer @KimberleiDavis