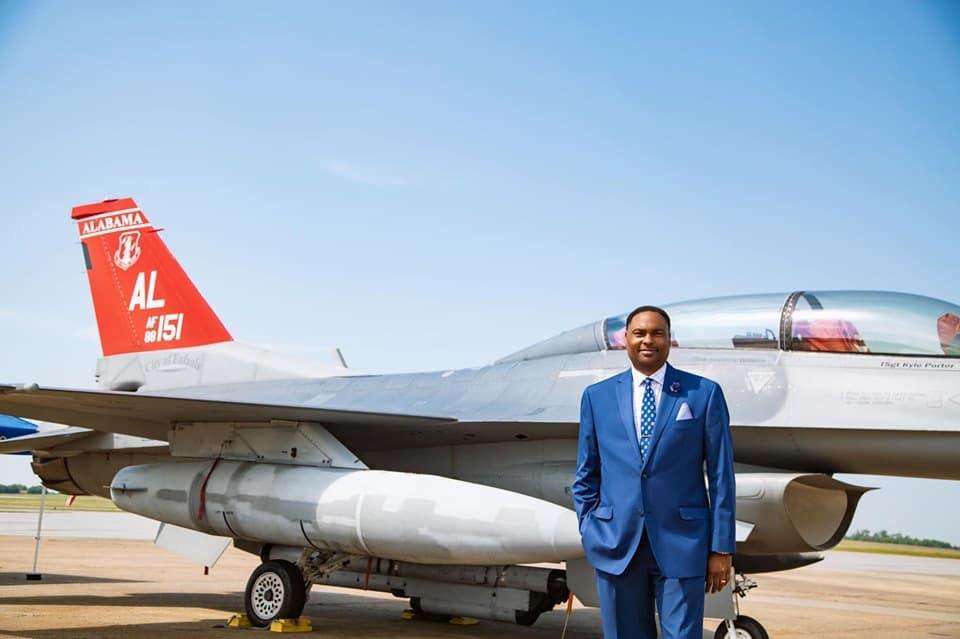 On May 15, the Montgomery Airport Authority hired Clark Atlanta University (CAU) alumnus Marshall Taggart Jr. as the first African-Americanexecutive director of the Montgomery Regional Airport. Taggart states that the education he received at CAU played a pivotal role in the hire that he calls “the pinnacle of my career.”

Taggart, an Atlanta native, pursued a bachelor’s degree in accounting, and continued at Clark Atlanta for a master’s degree in public administration. Heis scheduled to receive his doctorate in political science, alsofrom CAU, pending approval of his dissertation.

When asked about the unique accomplishment of obtaining all three degrees from an HBCU, Taggart stated that the process wasn’t unique at all.

“The thought process is: HBCUs provide a quality education, great opportunities, and a way to matriculate in a very diverse environment,” he said. “We’re not a monolithic type of [entity], when you talk about an HBCU. I always came back to Clark Atlanta University because I always felt at home.”

Clark Atlanta, as a result of the 1988 consolidation of Atlanta University and Clark College, has two mottos: “”I’ll Find a Way or Make One” and “Culture for Service.” Taggart’s career pursuits and countless acts of service are indicative of his beliefs in those charges.

Taggart served as the national president of Clark Atlanta’s Alumni Association and as a member of CAU’s board of trustees. Under his leadership, the alumni association expanded from 14 chapters to over 40 nationally.He also oversaw the creation of an alumni mentoring program, which has doubled in size over the last four years.

These efforts culminated in his being awarded the President’s Lifetime Achievement Award by President Barack Obama. Taggart takes pride in this achievement, as the election of the first African-American president served as inspiration to him to use his talents and skills to serve others.

There are very few African-Americans serving as directors of regional airports in the country. Despite his success,Taggart did not initially aspire to have a career in aviation. However, a chance meeting in 2000 with then-commissioner of aviation at Chicago O’Hare’s airport, Thomas Walker, sparked a change. Walker’s success, particularly as an African-American in such a technologically-complex field, served as a source of inspiration to Taggart.

Taggart’s 20-plus years in the aviation industry is highlighted by leadership positions at Chicago’s Midway and O’Hare airports, Atlanta’s Hartfield-Jackson Airport, and DeKalb Peachtree Airport, among others.

As the executive director of the Montgomery Regional Airport, Taggart has used his authority to offer paid internships to deserving students. One of his interns is Matthew Daniels, a 2018 graduate of Clark Atlanta and current graduate student at Auburn University. In his capacity as a marketing and communication intern, Daniels has gained real world communications experience that will undoubtedly be of use upon his graduation.

“The opportunity to intern with Mr. Taggart has been the best work experience that I have had,” Daniels said. “He wants [his interns] to leave the internship with skills that are tangible and transferrable across the work force. He affords us a level of access and exposure to all facets of a corporate structure that most internships do not.”

Taggart understands the importance of giving HBCU students the opportunity for paid internships, and feels that the students, in turn, provide a superior level of competence and expertise. “I feel their performance is indicative of the level of education and preparation that CAU instills in its students,” Taggart said. “I’m proud to say that I hired my own. That is something that I think every alum should do: reach back, pull somebody up, and give them an opportunity.”

Marshall Taggart has not rested on the success made possible by his continuous pursuit of an HBCU education. He has demonstrated an unyielding confidence in his alma mater, all the way to the doctoral level. And just as important, he has emphasized the importance of always giving back.

“I feel very blessed. The quality of education I received at Clark Atlanta is second to none. And the motto of ‘Finding a Way or Making One’ is very apropos.