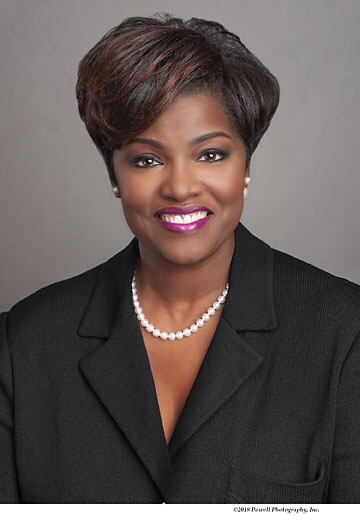 “By Culture and By Merit”

Dr. DorothyBuckhanan Wilson has an affinity for many things. Alpha Kappa Alpha Sorority, Inc. is certainly one of them, having served the organization for more than 40 years in various capacities. Fifteen of those years were spent as a member of the International Board of Directors,solidifying her position as the longest serving board member in the history of the organization. In 2014, she became the29thinternational president of the prestige organization and established unprecedented programming that would display her care for communities of all kind. It was one initiativehowever that brought her the most pride and would reveal her other most endearing affection – Historically Black College and Universities.  Under the distinctly titled“ThinkHBCU” initiative, Dr. Wilson and her team dedicated their time to not only increasing awareness of “the nation’s treasures,” as she affectionately calls them, butmotivated individuals to provide support while bringing attention to the great things happening at these institutions. The result: raising more than $12 million in a four-year period (2014-2018) for student chapter scholarships.

What led to this passion and adoration of advocating for these belovedinstitutions? After all she was a product of two of them that would be instrumental in transformingher thinking, developing her character, and instilling confidencethat excelled beyond her corporate colleagues. Itall started when she was a young girl growing up in rural Sumter, SC. Having been raised by her grandparents, she knew the importance of hardwork. She quickly became a master at completing manual laborious tasks. Fast forward to her young adult years – as she began to ponder about the direction for her life -her grandfather shared a vision he’d always had for his family. “He planted a seed while I was in high school that he wanted his family to be educated,” shared Wilson. “We had proven that we could work hard with our hands, but he wanted us to excel with our minds and since I was a good student and had an interest in going to college, we determined I would be the first to attend.”Off to Benedict College she went where she found her passion for business and herlove for all things AKA.She continued to work hard, this time with her mind, mastering academics and serving the community with her AKA family. After matriculating through Benedict Collegeand proudly becoming the first college graduate in her family, Dr. Wilson kept going, attending another HBCU approximatelyfour hours away from her hometown –Clark Atlanta University. “When I left Benedict, I was confident I could do the work on the graduate level and when I left Clark Atlanta, I knew beyond a shadow of a doubt that I was prepared to pursue a career as a Marketing professional.  Dr. Wilson admits that her preparation came as a result of a community of people at both institutions who cared and worked together to bring out the best student that she could be.“The faculty and staff worked together and provided the best experience,” she recalled.  “They nurtured us as students, gave us unique learning experiences, and instilled in us that we were expected to work hard, prove ourselves, and take advantage of all the opportunities that were placed in front of us.”The opportunities came pouring in quickly for 22-year-old Wilson. With a business degree in one hand, and an MBA degree in the other, she moved to Connecticut to secure a position with Xerox Corporation, a place she’d interned at a few years prior.  She later took a job with SC Johnson Wax, relocating to Wisconsin, where she served as assistant brandmanager and quickly worked her way up to brand manager, becoming the first African-American and one of the youngest women to be promoted to that position.While certainly enjoying her success in the corporate world, Dr. Wilson’s dedication to service wouldn’t leave her.  After taking time off to start her family, she realized that she justcouldn’t sit still and jumped back in the world of work, this time in the non-profit sector. “I became the senior vice president at the largest Goodwill operations in the world.” For 15 years, Dr. Wilson managed programs worth millions of dollars that helped with job placement services and programs to assist the elderly. “We were able to help a lot of people,” she noted. “I really started to see the impact that I was having on people’s lives.  When I worked in consumer brand management, I knew how much money I made for the company and how much my impact had on the brand itself, but this positionallowed me tohelp others and I really enjoyed that.”

This benevolent zeal carried over into her work with Alpha Kappa Alpha, in which she became the first full-time, non-profit executive to hold the position as international president. Under her leadership, the organization saw its active membership increase to over 25% in four years. In 2016, Dr. Wilson led the $6.2 millionrenovation project of the Ivy Center, the organization’s corporate headquarters in Chicago.  The project was completed in a little over a year, under-budget and on-time.  Also, in 2016, a new chapter in Dubai, United Arab Emirates was established, the first chapter chartered in the middle east.  The most impactful and rewarding initiatives were helping others through the servicing of prolific programming, explained Wilson.  “We have served over 500,000 families through programs and services around clothing and food, as well as health education. We had a big focus on Alzheimer’s disease and helpingindividuals prevent heart disease as well as focusing on mental health.”Dr. Wilson also ensured that the organization obtained trademarks and patents on all initiatives that were completed to protect the operations of the brand. “My four years were really spentapproaching it as the sorority life of business, similar to what I did when I worked in my job – making sure that Alpha Kappa Alpha was fully prepared and poised to go into the next 110 years. Someone has to do some heavy lifting and work to make sure a lot of things happen, and since I’m the operations person I was able to bring that expertise to the forefront to help the organization.”

As Dr. Wilson transitioned out of her role as international president, she continued tosupport her sorority, and added a new venture, serving on the board of trustees at her alma mater Benedict College. Her support for the institution was established well before becoming a board member through the formation of an endowed scholarship named after her grandfather. “When I was getting ready to go to college, we didn’t have a family of college graduates.  We were workers.  We knew how to work hard in factories, on farms, and how to be entrepreneurs,” she explained.“We had always been very productive, creative and knew how to do things with our hands; well my grandfather felt like we needed to do more with our minds.”As a result of her grandfather’s vision, generations of Dr. Wilson’s family, including her two children have attended several institutions of higher learning across the country, earning amyriad ofadvanceddegrees. “All of that came out of the mind of one gentleman 37 years ago who wanted to change the face of his family,” she expressed.

Dr.Wilson’s courage to step out of the norm and become the first college graduate during a time in which attending college wasn’t exactly customary or wasn’t always supported, proves her fearless fortitude to win. Her accomplishmentscentered around how she could be of service to all mankind, the mission of her sorority, and in-turn she experienced an overwhelming amount of personal success.  In addition to receiving an array of accolades from the Alpha Kappa Alpha organization, she has received proclamations and keys to over 20 cities in the U.S. In October 2018, she was inducted into the National Black College Hall of Fame for her many community service efforts, joining the list of notables such asOprah Winfrey, Phylicia Rashad, and Tom Joyner.“I’m still quite overwhelmed by that experience,” shares Wilson.  “I do what I do for the schools because I love HBCU’s and the work that they do. I love the impact that they make and saw the work through the ThinkHBCU initiative as my small way of contributing and paying it forward. Being inducted was an added gift.”

Dr. Wilson continues her public service in a variety of ways to include motivational speaking.  Her messages include a culmination of lessons she’s learned throughout her career. Her first, is one she grasped as a young professional. “You have to be willing to speak up for yourself and use your voice. If you feel you have been empowered to do something or have an interest or passion in something, you’re going to have to make sure you speak up for yourself. Let someone know you’re interested in something. Secondly, she said “don’t be afraid to take on challenges, which includes the possibility of relocating or taking on a new assignment. “When a challenge comes, take it on and go to the next level. It doesn’t matter how old you are or where you’ve come from, if you feel that you can do the job, take it on.” Lastly, she says be willing to put in the work. “There are no short cuts. We have to be able to show up at the table and not be afraid to roll up our sleeves and get the work done.  Learn how to be a team player and work with and through others.” –  A philosophy instilled in Wilson many years ago by past generations in her family, at HBCU’s, and the Alpha Kappa Alpha Sorority, Inc.