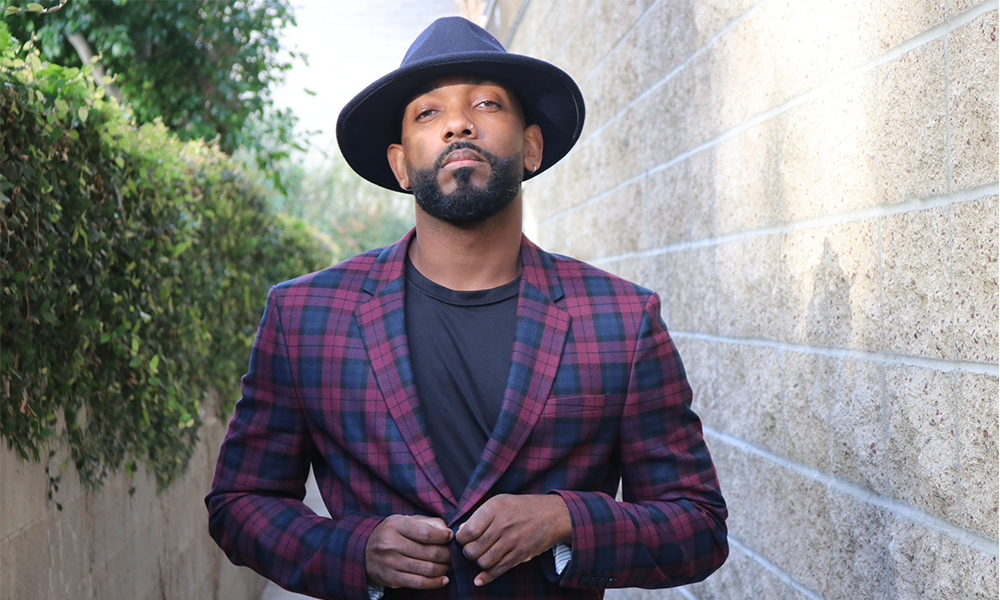 By now, you’re likely familiar Jamal Josef. The Oakland native has garnered much attention since Beyoncé’s performance at the 2018 Coachella Valley Music and Arts Festival. He’s now known for his choreography during one of the Superstar’s most acclaimed performances.

“When it came to Coachella, I just wanted to dance in it,” Josef says. “I don’t think I really understood the magnitude until recently when I saw my name in the credits at the “On The Run II’ tour.”

Beyoncé’s Coachella performance was infused with Black culture and HBCU culture in particular. The specificity of HBCU culture could not be replicated without some knowledgeable HBCU graduates. Enter Josef, a graduate of Voorhees College in Denmark, S.C. and a member of Alpha Phi Alpha Fraternity, Inc.

He along with several other HBCU graduates in the form of dancers, singers, choreographers’ musicians and band consultants assembled to create a LIVE homecoming experience presented on a world stage.

“The performance put HBCU culture on the map.” –– Jamal Josef

“The performance put HBCU culture on the map.” Josef admits. “I’ve had friends sending me stuff from South Africa and Brazil.” The performance was team effort; Josef was responsible for the step choreography. He worked with fellow fraternity brother, Joe Brown to make magic.

Since the April production, it’s safe to say Josef’s life has been a whirlwind. Daily offers to teach, facilitate workshops and judge step shows aren’t uncommon. He recently facilitated a workshop at Stanford University and taught a master class in Atlanta. He just met with an agency to help manage the myriad of requests that have come his way. “I wake up to crazy DMs or people add you on Facebook and start shootin’ shots.” Josef laughed.

However, on the heels of the festival performance, Josef sets his sights on the future of his career in entertainment. Which isn’t necessarily a dream for Josef, it’s simply the family business. “I naturally thought I’d be a singer because that’s what everyone in my family does.” Josef admits. His father now, a pastor formerly worked in the music industry as a singer, musician and producer for Motown Records. His uncle is Lenny Williams, singer best known for his 1978 hit “Cause I Love You.” Josef recounts his family work with music’s most notables. “My aunt used to be one of Beyoncé’s background singers,” he says. Aunt Crissy, is Crissy Collins a member of Beyoncé’s all- female background vocalist group known as “The Mamas.”

“We’d come home and like Chanté Moore is sitting on our couch, but I just knew a lot of people growing up,” he says. While celebrity occurrences were commonplace, none of those relationships came into play as Josef has grown in the dance industry. He booked his first job at age 11 and danced background for Kirk Franklin at age 13. “I just connected with it and I knew it was what I wanted to do,” he said.

Josef has trained and studied with the Ballethnic Dance Company in Atlanta, started teaching dance while in New York and now actively works in Los Angeles. Initially offering what he learned at Voorhees College as a Mass Communications major to barter ballet and modern lessons from dance studios is how he got his foot in the door. “I used my major –– the PR and Marketing by marketing and advertising myself to this community to make people say ‘Hey, I want to work with you.” he says.

He’s since been featured on Season 1 of NBC’s World of Dance and worked with the likes of Eric Benet, Danity Kane’s D. Woods and Dawn Richard and The Walls Group. His career is now taking him from city to city as a dancer and choreographer. His recent Atlanta master class centered around stepping, which he says has always been a part of his style. “I am tough one,” Josef says as he reflects on his time as a step master for Eta Iota chapter of Alpha Phi Alpha Fraternity, Inc. “That person is not nice at all,” he says.

But his teaching style as a choreographer is much more strategic than stern. “I take an overall consensus of where everyone is and go from there. I try to find how I can make everyone grow,” he says.

The self-proclaimed visual learner is solely focused on storytelling through movement. “Movement is movement and I think of dance to be more of a movement than choreography,” he says. With the mention of movement, he naturally pivots to dancers and choreographers he admires and hopes to work with in the future like Tony Tzar, Lee Daniel, and Devin Solomon. “They all have very fluid and smart choices. They’ve accepted who they are in every single way and it makes them amazing to watch.” Josef says.

Never too far from his church roots, it was during a performance at The Stellar Awards that Josef decided to have his own dance ministry, Eden Dance Ministry. “I want to build my company that can do that… choreograph for those gospel artists and people who are excited to serve God,” stated Josef during an interview with The HBCU Podcast. “I know that God is going to give me all the things that I desire as a test to see if I’ll still do what it is He wants me to do,” he says.

While dance is still near and dear to his heart, Josef has recently set his sights on honing his vocal abilities and sharpening his acting chops with hopes of one day working with Janet Jackson, Brandy and Jazmine Sullivan. “I want to work with some great singers and artists,” he said.

With sights on a multifaceted career, Josef appreciates how his HBCU and fraternity connections have assisted him thus far. “HBCUs carry a different energy that you have to experience,” he says. Moving forward his focus is on trying to uplift the HBCU community in any way possible. “I’m starting to figure out how to use my platform to give back, that is very important,” Josef says.