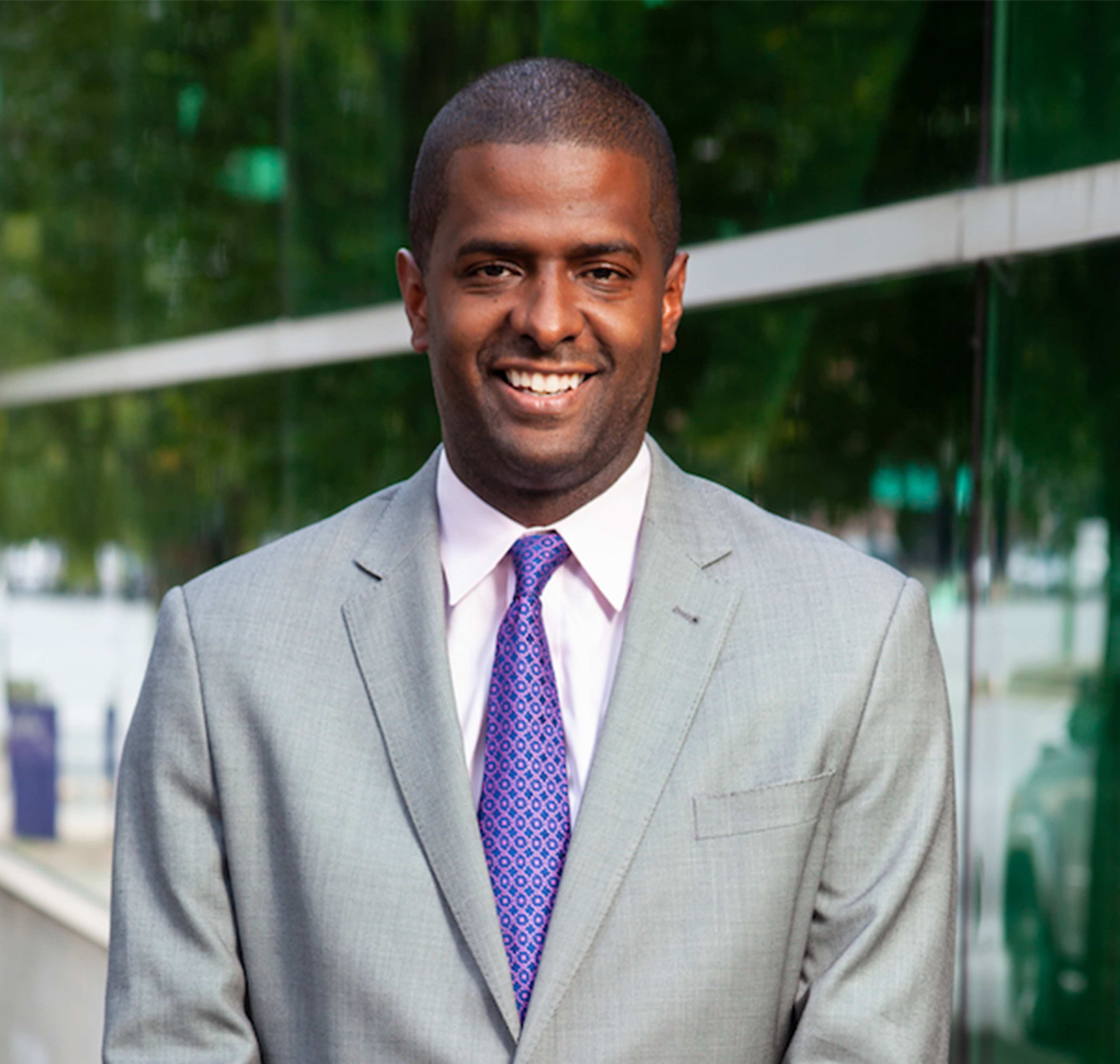 In this generation, it is far from uncommon for anyone not to know the name Bakari Sellers. This lawyer, activist, and CNN Political Analyst has not only established himself as the voice for many, advocating for social justice, but also encourages others to remember where they came from when considering who they are and where they plan to go. Having attended Orangeburg-Wilkinson High School in Orangeburg, South Carolina, home of HBCU’s, Claflin University and South Carolina State University, Sellers grew up with the HBCU culture surrounding him. It was no surprise, he chose to attend the illustrious Morehouse College, earning his undergraduate degree in African American Studies and later earning his Juris Doctorate from the University of South Carolina Law School. Along with becoming a successful lawyer, Sellers became a political powerhouse, serving as the youngest member of the South Carolina state legislature in 2006, as well as the youngest African American official in the nation.

In 2007, he delivered the opening keynote address to the AIPAC Policy Conference in Washington, DC. In 2008, Sellers had the incredible opportunity to serve on the South Carolina steering committee for President Barack Obama during the election and was a featured speaker at the Democratic National Convention. Acknowledging his notable accomplishments, Sellers was featured in TIME Magazine’s 40 under 40 list in 2010, as well as “The Root 100” list of the nation’s most influential African Americans in both 2014 and 2015. He is happily married to Ellen Rucker Sellers, has one daughter and is expecting twins. Bakari Sellers continues to trailblaze, ensuring his voice and opinions are heard and has no plans of slowing down!

HBCU TIMES: How did you get to Morehouse College?

BS: I grew up around South Carolina State and Claflin of course. I’m a graduate of Orangeburg Wilkinson High School. So, most HBCU grads know the locals in their particular city. I was a local in Orangeburg. I used to break into Voorhees College’s gym all the time to play basketball during the summer. You know I just. There were a lot of options and opportunities right here in South Carolina, but I felt that was too close to home. I went down to Atlanta on a summer day to visit and it was nothing like it. I feel in love with Spelman and Clark and Morehouse.

HBCU TIMES: What made you and your siblings choose the HBCU path?

BS: It’s a rule in our household. My sister graduated from Xavier of New Orleans. My Mom and Dad said that we could go to any college in the country that we wanted to and they would pay for it, it just had to be an HBCU. After we graduated, my sister went to the Medical University of South Carolina and I went to USC for Law School. So, you could do those things, but they wanted us to have that HBCU experience. There’s nothing like getting your refund check late, having no air conditioning in your dorm… you know having your band actually know do something on the field. Those HBCU experiences are the reason I’m able to succeed today.

HBCU TIMES: What is something you took away from Morehouse that you believe you would not have been able to get anywhere else?

BS: The diversity of our culture. Morehouse, when I tell people that its a Historically Black College and all male, they’re like that monolithic or this or that, but it was extremely diverse. You learn about the diversity of our people. We had individuals from all 50 states and 100 countries. You just learn various cultures and backgrounds. More importantly, you’re in classes, you’re in dorms, you’re on teams with other people that are going to have a place in society and have upward mobility. And be successful. Iron sharpens iron and so you’re very competitive. And I think one of the things at not just Morehouse, but all HBCUs do, is they teach you that when you leave that school you can compete anywhere and against anyone. So, Morehouse reinforces that for sure.

HBCU TIMES: Why and how did you get an interest at such a young age in politics?

BS: Well, my Mom and Dad would always say that ‘You can do anything in this world that you wanted to do, but you had to make sure you’re a change agent.’ And so, I knew I wanted to be a change agent, but didn’t know quite how. In college, I Mayor Shirley Franklin and United States Congressman James Clyburn and those experience gave me the ability to realize and understand that it’s not necessarily about politics, but public service. It gave me that bug. So, when I graduated college… It’s a famous saying ‘If not me then who, and if not now then when.’ I’d been plotting this race for a very long time. I ran my first year of law school, which I don’t really advise anyone to do. When I was 21 years old, it was September 18th of 2005 that I announced my campaign. I was 21 at the time and had just turned 21 in my first year of late school. I was running against somebody 82 years old. He’d been in office longer than I’d been alive. And we ran a great race. We were successful and we made history. From that point forward we were able to do a lot of other things. And I met another guy along that way that ended up becoming President of the United States. I’ve just been blessed and fortunate enough to order my steps and have some success along the way.

HBCU TIMES: How do you feel so comfortable giving your opinion the way that you do on CNN?

BS: Well, preparation is key. One of the things I pride myself on is being articulate about the things that go on around us and understand from whence we’ve come. I attempt to have some grounding and understanding in history and who we are. You envelop that in being able to understand the political dynamics of where we are today. And hopefully, you’re able to come up with an argument that is persuasive. Not necessarily to the person who is beside you because you can’t change their mind, but to the viewer. Take the viewer somewhere and educate the viewer a little bit. So, that’s that. Angela, myself, Symone, and Mark have a difficult task. It’s not to act as if we have no humility, but the task is difficult because it’s not many of us. And, individuals draw their opinions about our entire culture based on what we do and say in front of the world on TV. So, we don’t get a chance to have a bad day. There’s no such thing as showing up to work and being off your game. Because that is reflected upon you and it’s reflected upon every HBCU graduate. It’s very cyclical. I’m very cognizant of that.

HBCU TIMES: How did you get into being a political commentator?

BS: People always ask me how did I get into this. People just think we show up on TV and don’t necessarily understand the work that was put in. I think the best example of that is, Symone was the youngest Press Secretary in the history of the country for a presidential campaign. Angela was the Executive Director of the Congressional Black Caucus. I was the youngest Black elected official in the country at one point. But it also takes some irony. CNN actually called me off the street in July of 2015. So, that kind of goes to the mantra of always be prepared for your opportunity. I was mourning and grieving the loss of one of my good friends, Clementa C. Pinckney and the Charleston Massacre. And I ended up getting a bunch of offers and people had been watching for a long time because I’d been doing TV hits while I was in the legislature and while I was running for Lt. Governor. They said we want to hire you. It’s just an awesome experience. I’ve been there for 3 years now. You make the most of your platform. My job is to tell the truth. And I get a chance to tell my truth.

HBCU TIMES: While you were at Morehouse and even now, who are and have been some of your mentors?

BS: Julian Bond without a doubt was my guy. Uncle Julian is how we affectionately referred to him. He and my father had a relationship that dated back to SNCC, Student Nonviolent Coordinating Committee. He was Chairman of the Board at Morehouse and he’s one of the greatest civil rights heroes that I’ve ever known in my life. He was the person I leaned on to get through college. And up until his passing, he was still that person that helped me navigate the politics of this country. It’s very important that I lift up this voice now and carry on his legacy.

HBCU TIMES: How important do you think it is for individuals to find mentors as get to school or while they’re matriculating?

BS: It’s always good to have people you can talk to. You chart your own path. You live your own life, but it’s sometimes pretty cool to learn from others so you don’t make their mistakes.

HBCU TIMES: What can we expect from to see from Bakari Sellers in the near future?

BS: I have a podcast called Viewpoint with Bakari Sellers, which is pretty cool. My first three guests last year were Hilary Clinton, Charlamange the God and Mark Cuban. I have a book that will be coming out in 2020. We’re hopeful and crossing our fingers on that. It takes a lot of work to get through that process. We’ve got to a documentary that is coming out about my race for Lt. Governor and a few other things. It’s debuting at the New Orleans Film Festival in October. I’ve got twins coming in January of next year. And we’re starting a foundation called the Opportunity Project and we’ll be dropping that soon.

HBCU TIMES: If you could encourage any student to attend an HBCU or Morehouse, what would you tell them?