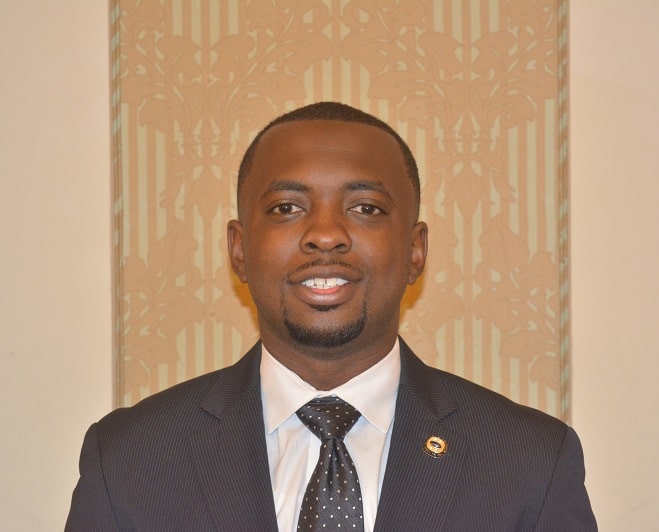 “Alaric hails from the great city of Alexandria, Louisiana where he attended Peabody Magnet High School. He is a graduate of Southern University and A&M College, in Baton Rouge, Louisiana, where he received his B.S. in Chemistry. He also received his M.S. in Chemical Engineering from Prairie View A&M University, in Praire View, Texas.

Alaric currently lives in the city of Houston, TX, where he works as Process Engineer in the oil and gas industry. Alaric is a member of the Southern University Alumni Association-Houston Chapter. He also gives back to his university by being a season ticket holder for the football and baseball teams. He was initiated into the Beta Sigma Chapter of Omega Psi Phi Fraternity, Inc. at Southern University. In his fraternity, he held the position of International Undergraduate Representative to the Supreme Council. He gives back in the city of Houston by helping increase the participation of African American youth in the sport of baseball by mentoring and hosting camps. Along with sports, he also volunteers to help promote STEM (Science, Technology, Engineering, and Math) among African American youth. Alaric loves to watch sports and is an avid Southern University and Saints fan! #GeauxJags #WhoDat”